Tata Motors has been actively working on the automatic variant of the Tiago hatchback for quite some time now. While the launch of this car will reportedly happen sometime in March this year, few variant details with spy shots have already been touched online. 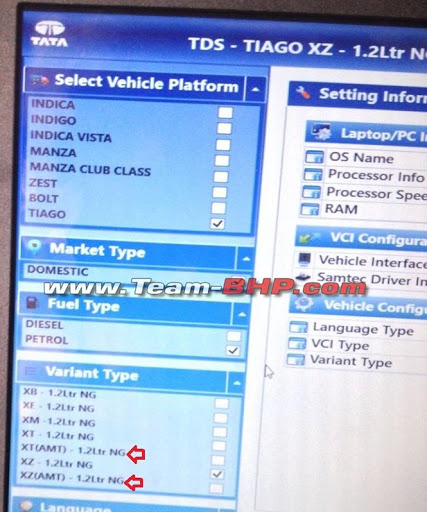 According to leaked information published by TeamBHP, the Tiago AMT will be available in the XT and XZ trims. Both these trims will come fitted with a 1.2 Revotron petrol engine, whereas the diesel-powered Tiago AMT could be introduced at a later date. Transmission duty is likely to be taken care by a 5-speed unit sourced from Magnetti Marelli.

Inside the cabin, the upcoming Tiago AMT looks somewhat replica of the regular version, with the only difference is the AMT gear lever. Similar to that of the Tata Zest, the gear shifter also appears to come with different driving modes such as natural, drive, and manual. Rest of the details will remain same as the standard Tiago hatch. 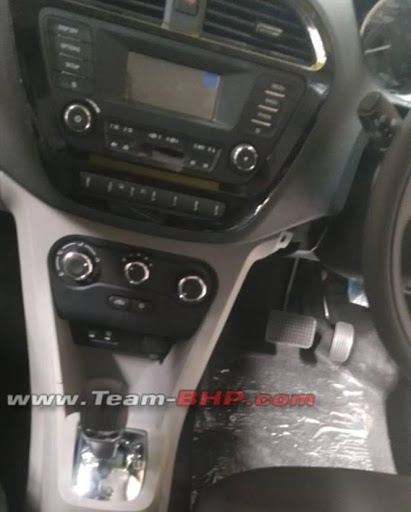 Based on the all-new platform, Tata Tiago hatchback is currently available in both petrol and diesel powertrain. The specification of the petrol includes a 1.2-litre Revotron unit generating 84 Bhp with 114 Nm of torque. The diesel, on the other hand, is powered by a 1.03-litre diesel motor churning out 69 Bhp with 140 Nm of peak torque. Both are mated to a 5-speed manual gearbox.

Tata Harrier, Mahindra XUV500 Emerged as the Most Popular SUVs in India
Views: 2128