Recently, the French carmaker has launched the new-gen 2020 Kwid electric in China at the 2019 Shanghai Motor Show with a refreshed name-City K-ZE. The car is expected to put on sale by the company by the end of this year in China. Earlier, City K-ZE has been showcased in the concept format by Renault during the 2018 Paris Motor show. With the City K-ZE launch, Renault is also planning to expand its car sales in the Chinese region.

City K-ZE is also the smallest EV of Renault in China and is also positioned right below the Zoe. City K-ZE shares similar dimensions with the conventionally powered Twingo, which comes with a boot space of 300 litres and a wheelbase of 2,423mm in China. The car will be manufactured in China by eGT New Energy Automotive. Renault  Nissan  Mitsubishi Alliance and Chinese manufacturer Dongfeng are the key partners in this joint venture.

2020 Renault Kwid electric is also expected to give an electric range of around 250 km, and receives styling similar to Renault Kwid. The electric crossover will also be built on the same CMF-A platform underpinning the current gen Renault Kwid. Although, it would come with the capability to accommodate batteries and electric engine. 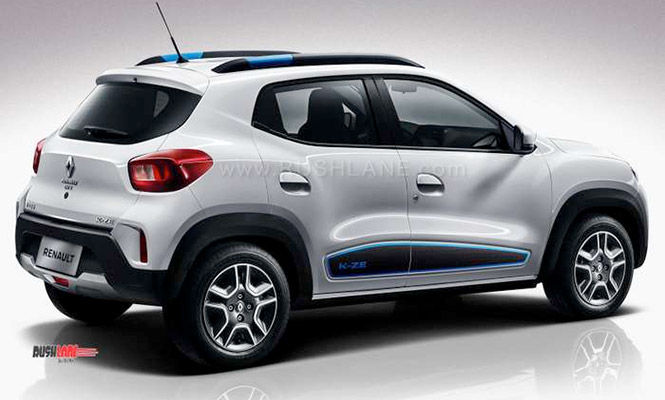 As far as the charging capability is concerned, the Renault Kwid electric’s batteries can be charged up to 80 per cent in 50 minutes via fast charging with the help of either a regular 220V domestic charger or public charging system. On the other hand, the batteries require 4 hours to get fully charged starting from zero in slow charging mode.

Talking about features, the City K-ZE houses similar features as seen on the Renault Kwid with few design tweaks in the front grille, new headlamps, and some styling changes at the rear to give it a distinctive look. City Z-KE comes with a boot capacity of 200 litre which is similar to Renault Kwid. However, the ground clearance in the car has been reduced to 150mm in China which is slightly shorter than the current-gen Renault Kwid in India, which comes with a ground clearance of 180mm.

A new 8-inch touchscreen with infotainment system, satellite navigation, and voice control feature are present inside the hood of the car which is mostly identical to Renault Kwid. The drive selector has also been moved closer to the handbrake in new Renault Kwid electric (City K-ZE). In India, the car is expected to launch next year and will compete directly against the Maruti WagonR electric.

Talking more about interior specs, the car also comes with air quality control and PM2.5 sensors, and automatic switching facility for interior and exterior air circulation. The other features in the car include rear parking sensors, tyre pressure monitoring system, safety airbags, etc. The company has also claimed that the City K-ZE will be best suited for the urban environments whereas no details have been shared regarding the pricing of the car.

New Joint Board Will Be Created By Renault, Nissan and Mitsubishi: Declares MoU
Views: 1149