US Bound Lexus GS F Leaked Ahead of Detroit Launch

Toyota's luxury car maker subsidiary Lexus has mentioned its upcoming GS F runabout many times before today and has planned its global debut at the next week's Detroit Motor Show 2015. However, the details have been emerged out in the market and the roadster does look promising on every aspect. The car is an answer to the recent performance launches like BMW M5 and M4. Talking about its mighty engine, it has inherited the 5.0 Litre naturally aspirated V8 power house from the famous RC F coupe delivering 467 bhp power at nearly 7100 rpm and awesome 527 Nm torque at 4800-5600 rpm. However, the performance aspects are yet to be disclosed, but it is expected to reach the 100 km/h mark from 0 in about 4 to 4.5 seconds.

The engine has been tuned down in GS F as the same power-mill develops 552 bhp power in the RC F coupe, but its has been made lighter by sheding 130 KG making it lightest in the segment with a total of 1830 KG kerb weight. The car has mated with a 8-speed automatic transmission system with manual shift operative function. 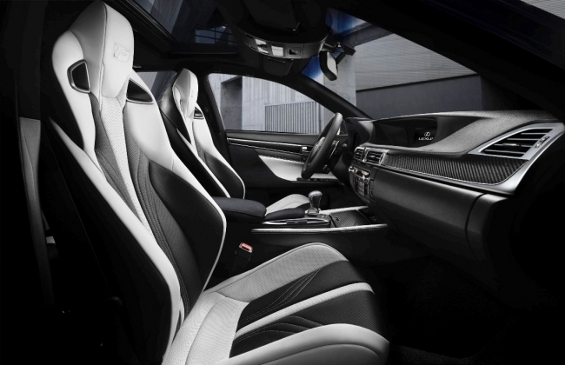 There also is a torque vector differential as the standard and it'll offer 3 driving modes, namely standard for agility, Slalom for better steering effect and Track for the racing mads. The price and the launch date are expected to come out with its global debut at the Detroit Motor Show starting on January 13th, 2015.