The Consumer Electronic Show (CES) 2015 is in the full swing and not only the electronics companies, but car manufacturers also showing some of the classy gadgets. The most favored car eye-candy was the Mercedes-Benz self-driving concept and another one is the latest infotainment system from the Volkswagen group which has 3 touch screen inside the car with all being optimized for the high-resolution. The first display will be the 12.43 inch touch screen which will act as the main center console head and rests on the 2nd 8-inch dash controller touch display. These displays will ultimately finish the existence of mechanical gear knobs in the car.

The 3rd touch screen will be behind the steering wheel and might the technology in it will be inherited by the Volkswagen's subsidiary Audi. It'll show the instrument clusters with all the customization available in it. Another feature, which lure the people to Volkswagen stage is the self car-parking feature. You will teach your car the way you park and the maneuvers. Once your car is trained with all your techniques, it'll be able to park it itself. 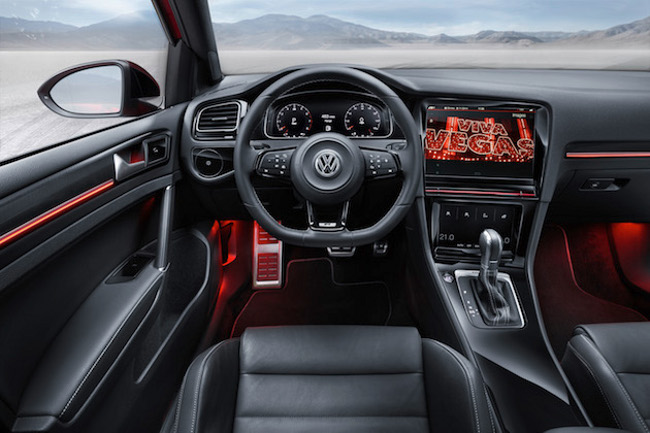 Well, these touch displays are the part of the future technology from the company and might not hit the production line in the near future, but the self-trained parking system could see the light of the day some time during this year or at least this is what Volkswagen is telling us.