Toyota, the Japanese automobile manufacturer, after watching the increased demand of the Fortuner and Innova Crysta, is now reportedly working to reduce the waiting time period for these two cars. Currently, the Toyota Fortuner has a waiting period of three months, whereas, the Innova comes after waiting for one month of a time period. The company has received more than 20,180 orders and has sold out more than 12,200 units of the premium class SUV since it was launched last year in November in the country. Talking about Innova Crysta, the MPV has been launched back in May 2016, and the company has sold more than 85,000 units till now. Moreover, the MPV’s sales boosted up to 7,259 units in May 2016 as compared to the 4,269 units in April 2016.

N. Raja, Director and Senior Vice President (Sales and Marketing) in a conversation with IANS said, “We are capitalising all our efficiencies towards reducing the waiting period. The new Fortuner along with the Innova Crysta is produced in Plant 1 in Bidadi, Karnataka. Plant 1 has a production capacity of 100,000 units in a year and is currently running at 90-95 percent capacity." He went on to add, "The new Fortuner currently has a waiting period of three months and our focus right now is to reduce the waiting period so that we can deliver the vehicle to our customers.” 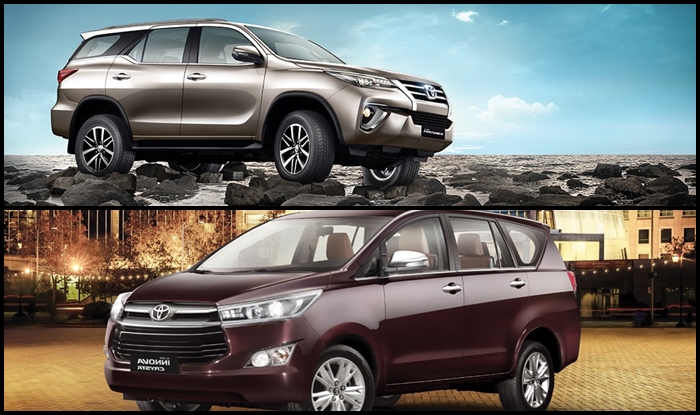 Currently, the company has a total number of two manufacturing plants in Karnataka, which are capable of producing 310,000 units annually. According to Raja, the Innova Crysta has achieved a gigantic milestone since its launch. The MPV comes under the price range of  Rs 14 lakh to Rs 21 lakh depending on the engine and variant.