Japanese manufacturer, Yamaha is looking forward to unveil its newbike Yamaha MT-15 soon in December-February time period and therefore have been spotted recently testing the prototype at a fuel-station in Indonesia. From the first brief looks, the test piece is the uncovered version of Yamaha YZF-R15 and will be a sure-shot tough competitor for the entry-level street fighters such as Honda CB150R and Yamaha FZ. 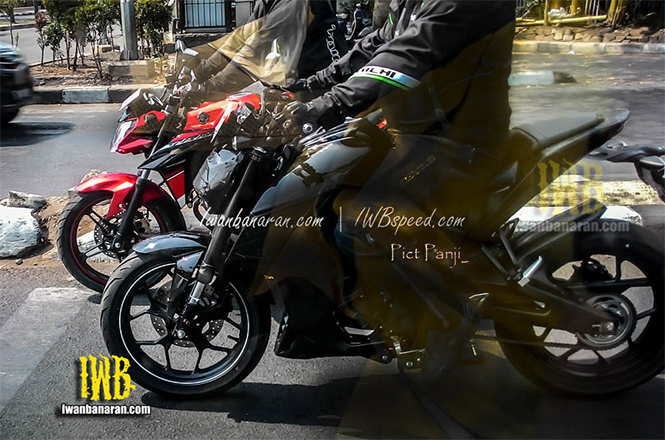 As per the close look, the rear panel has been painted blue and is engineered with an LED tail-light followed by non-LED, clear glass-blinkers. The exhaust pipe is pretty much similar to the one in Yamaha R15 version 2.0 signifying that this variant is somehow sharing same power specifications as those of Yamaha R15. Having a 149.8cc single-cylinder, liquid-cooled 4-stroke engine with SOHC and 4-valves serve a maximum power of 17PS at 8,500 RPM and a peak torque of 15 NM at 7,500 RPM mated to a six-speed gearbox. 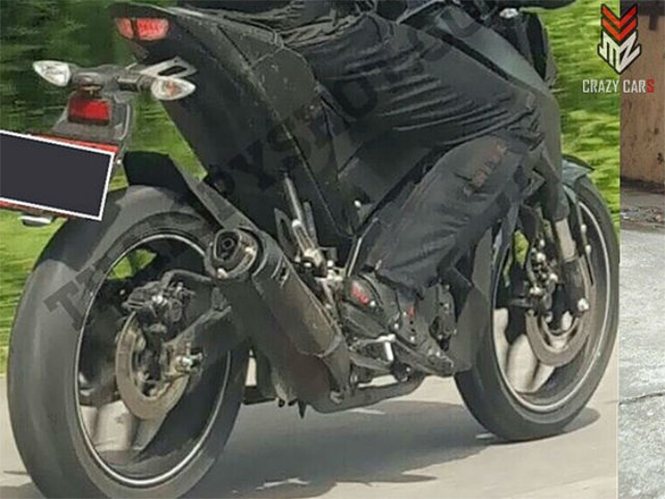 Apart from the changes that differs the new uncovered test mule from the super sports model R15, MT-15 is featuring upside down telescopic fork, which is not used by any of the sibling models namely, Yamaha R15, R25, MT-25, R3 and MT-03. Besides that, it includes a digital instrument cluster, footrest hangers, the rear mud-guard, tank extensions, a single headlamp and the delta-box frame. Speculating the reports, Yamaha MT-15 was not highlighted for once in the Tokyo Motor Show but it might get its inception on the forthcoming 2015 EICMA motor show.