The International Consumer Electronics Show commenced with a boom over the imaging world. The Canon has emptied its bag full of 5 cameras over at the show which were meant for people getting into the photography industry. Brand’s Powershot series has participated in molding the technology furiously for those who want big things in small packages and cost. The main attraction of the show’s Canon platform was the SX series which can be purchased in future within Rs. 16,000 to Rs. 26,000. At this price range, one can have NFC, WIFI and CMOS enabled cams. The deal sounds quite stunning, let’s go into a bit depth here.

The launches in the Canon Powershot series were parted in two lineups; SX and ELPH. The SX series cameras are bonded with all major bells and whistles of basic imaging and the list of equipments consist NFC, WIFI and 1/2.3 inch CMOS image sensor. The biggest one at the launch event was the Powershot SX530 HS. This camera will retail with 24-1200 mm equivalent F3.4-F6.5 lens.

The 16.1 megapixel imaging could sound underwhelming, but the zoom capability of 50X handles the sinking appeal. The Digic 4+ image processor is a bit older now, but the firm might have thought something great behind employing the same on the job. With 461k dot 3-inch screen, user can verify the stuff collected as stills or full HD videos recorded at 30FPS. 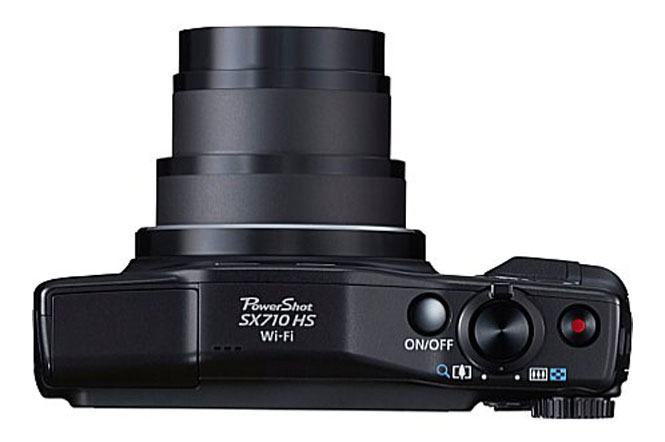 SX710 HS is the second one in the hierarchy to boast all the aforementioned common specs and slight fluctuation in other aspects. The Digic 6 image processor and 20.3 megapixel sensor are advanced than that of SX 530HS. The zoom ranges upto 30X and 25-750-mm equivalent F3.2-F6.9 zoom lens is engaged into the device for sharp imaging. The 3 inch 922K dot LCD screen clearly displays the full HD 1080pixel videos which can be recorded at 60FPS, better than that of the former bridge camera. The only thing, which keeps it at back foot is the lower zoom range. 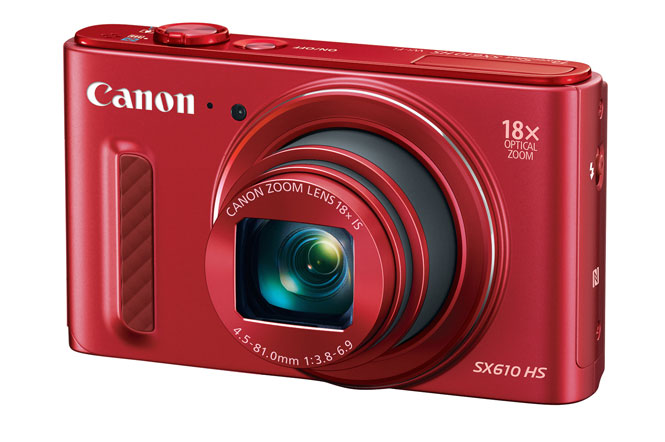 The last in the SX range is the SX 610HS, which is friendly to the casual pocket size. Along with the good common things, it boasts 25-450-mm equivalent F3.8-F6.9 lens. 20.2 megapixel sensor is a wise contender and performs efficiently in all scenarios. 922K 3-inch display is set at the rear of the device to view the exposures captured.