The Olloclip has designed a superb accessory for the Samsung Galaxy S4 and S5, to endow their users with a pure soul photographer within. The device is a lens mount for these smartphone gadgets and can easily be attached to raise the level of ardor in photography. The basic functions of these devices are to increase the zoom capacity and widening the angle of view.  The Smartphones mentioned over here are already equipped with best in the range camera hardware and software support; still it feels low with the picture perfect sense and detailed photography point of view.  Such accessories have often been seen available for iPhone and they have a huge demand as well, but for non Apple devices, it is seldom arriving contraption. 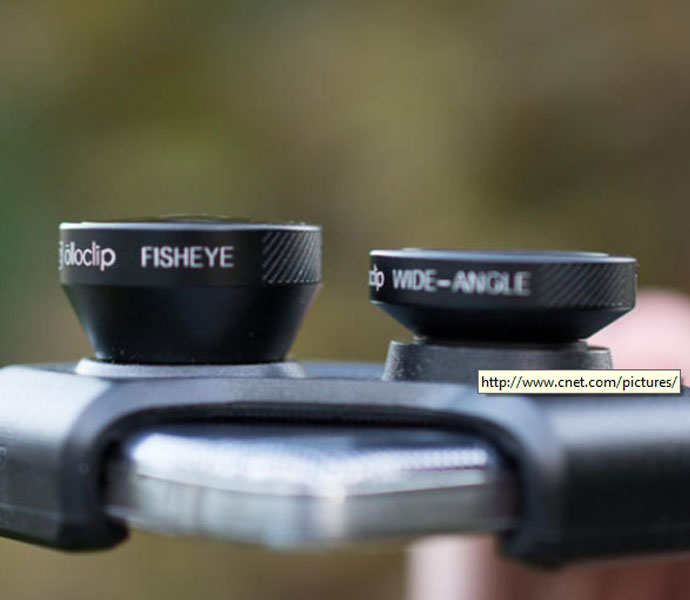 The Olloclip is a 4 in one device with two mounts located lateral to each other. Both of these mounts are equipped with different functions and perform in a brilliant way to emphasis the effects of photography. Originally, they were earlier designed for the Apple devices, which have been reformed to get stable over Galaxy S4 and S5. The design changes include a single platform mount for both the lenses, which had a reversible possible for iPhone assembly. The user can shift the position of the lens with ease. 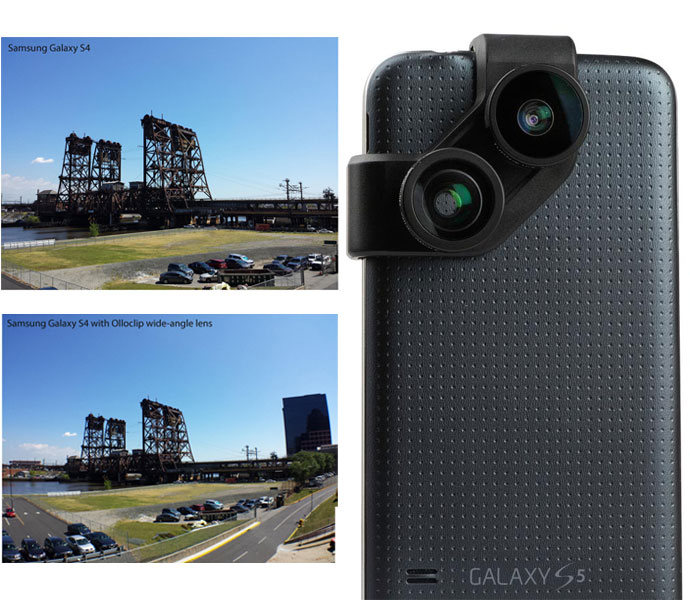 The first lens available over the mount can be used to capture a wide angle snap, which doubles the area of vision. It is really commendable to see the differences in the images, which had a huge difference in detailing as well. The second lens is a fish eye unit and grabs the 180 degree wide view. Both of these lenses can be unscrewed to discover a zoom out of 10X and 15X. Such accessories help a lot in grabbing creative images to be shown as a professional’s click. 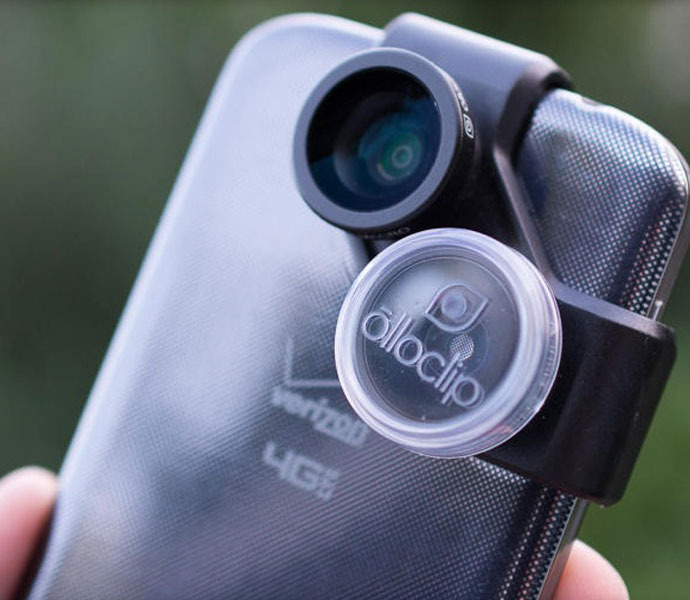 The market is full of such accessories available to be mounted over Smartphones, but most of them are indulged in serving the Apple. The fish eye effect can capture an 180 degree view by curving the image to some extent from center. The output of this creates an illusion effect but it looks classy. The Olloclip meant for the Samsung devices are made precisely but still they cover up the volume rocker and power button while on the job. But, that’s not a big problem as photography won’t be requiring that.