Parrot bebop is a blow over the other small application drones. The Bebop is one of the fastest flying objects and it uses a dedicated app for proper functioning and connects through WIFI. It connects to a camera for different angle shots and videos, and shows them simultaneously on the remote device. The Apple and Android tabs are ready to get the most out of it. The last generation model of the same i.e. AR. Drone and AR. Drone 2.0 had some issues regarding the camera and were not the top notch devices to hold the enjoyable pictures and were designed to record 720 pixel videos and stills.

The latest iteration of the company is holding a fine camera with the functions to record full HD videos and save them in mp4 format. It is composed of a 14 megapixel sensor with a wide angle exposure to record the stills and moves. This is achievable with f/2.2 fish eye lens for upto 180 degree of width. The three stage image stabilization helps in producing blur free results. 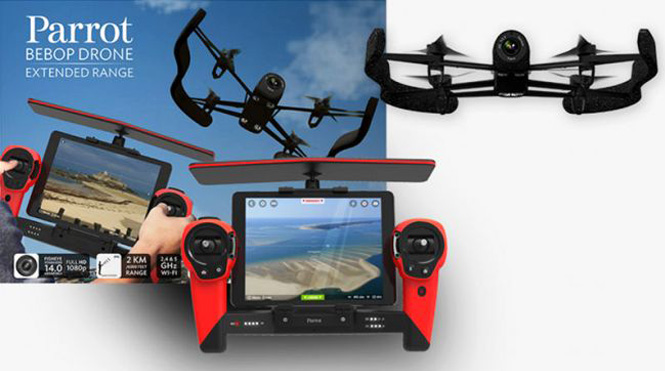 Worth Looking: Drone with 4K Camera

The internal storage of the camera is 8GB and it doesn’t comes with the privilege of attaching extra memory cards. The Bebop is crafted with modern sensors. It is filled with accelerometer, pressure, magnetometer and gyroscope sensors to command the perfect flight landing and float over. Parrot has also included GPS into this compact machine to get itself directed for the destination. The radio connectivity exchanges the signals over 2.4GHz and 5GHz frequency range, which can be tuned for better communication.

The Android and Apple tablet will be at the controlling end, but they won’t be literally controlling that. Their screen will be showing the recording from the Bebop’s camera and the pilot’s hands will be handling the main unit with dedicated joysticks crafted right over the tablet mount. This tablet and joystick mount is named as Sky Controller and has 4 antennas to work over the above mentioned radio signal frequencies. With this, the drone can fly upto 2km, but the negative fact lies in the low battery backup. The 11 minutes of backup will not serve the purpose for longer distances, but the tablet will display the remaining battery just like any smartphone’s screen shows. Additionally, the Sky Controller is also puffed with HDMi and mini USB port which connects it to 3D glasses. 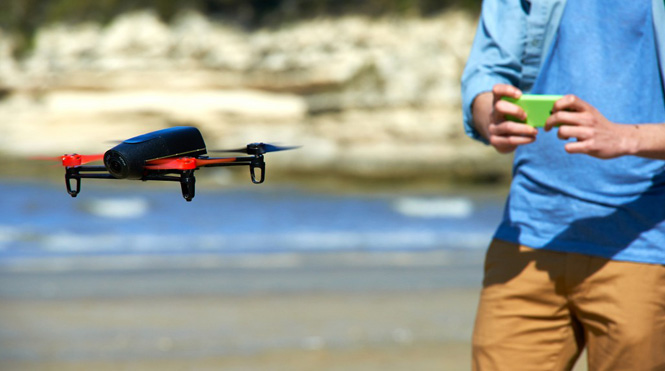 The cost of the complete packaging inclusive of Bebop and Sky controller is $899. The Apple store and other e-commerce have quoted an amount of $499 for only Bebop.

Oppo A9 Launched in India, Gets 4020mAh Battery and Dual Rear Camera
Views: 8034