iBall has introduced a new voice calling tablet in India on Monday, dubbed as Slide Brisk 4G2. The tablet is also blessed with 4G VoLTE connectivity and will be available in a Cobalt Blue color variant with a price tag of Rs 8,999 across the country. iBall claims it to be the first 7-inch tablet with 3GB RAM under 10,000 in the country.

Coming up to specifications, the Android handset features a 7-inch HD IPS display with resolution 1280 X 720 and runs on Android 6.0 Marshmallow. It is powered by a quad-core processor paired with 3GB RAM and the Mali-T20 GPU. The device is blessed with 16GB of inbuilt storage, which can be expanded further up to 32GB via microSD card. 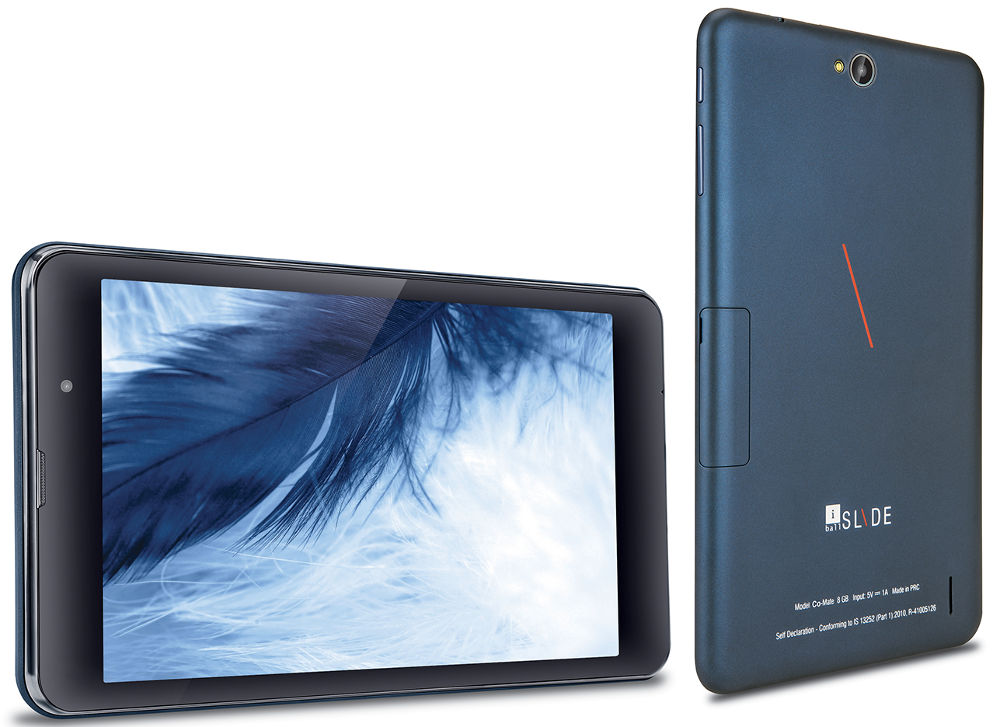 In term of optics, the Dual-SIM (Micro+Micro) device packs a 5-megapixel rear camera with LED flash and a 2-megapixel front shooter is also provided by the company for shooting selfies. Connectivity options on the board include Wi-Fi, GPS/ A-GPS, Bluetooth v4.0, USB OTG, FM radio, 4G (with support for Band 40 used by some LTE networks in India). It is powered by a 3500mAh battery and also includes accelerometer, ambient light sensor, proximity sensor, and gyroscope as sensors on the tablet.

Apart from this, the company is also touting, that the tablet will support 9 Indian regional languages and features a multi-lingual keyboard application, which comes with a support of reading and writing of 21 Indian languages. Moreover, it the Slide Brisk 4G2 will ship with a dual USB ‘Y-Cable’, which will allow users to charge their device and connect to another USB-enabled device.