The wait is finally end with the availability of Samsung Gear Live on Google India Play Store. The Android Wear based smartwatch which was announced in Google I/O 2014 has now been ready to reach India. The Gadget has been reached on Google Play Store of India to purchase at the price of Rs. 15,900. Everyone who wishes to buy the watch can book the device as pre-order which will be started to ship in India from July 18.

This smartwatch looks very stylish with its rectangular shape and has 1.63-inch Super AMOLED display that is capable of offering great resolution with 320 x 320 pixels. The 1.2 GHz Processor is used in the device to power it. It also gets 512MB of RAM which is another whooping feature of the smart wearable. The 4GB internal storage puts the device on top with 300mAh battery.

What will you say about its health tracking features? The Samsung Gear Live is embedded with heart rate monitor and is compatible with Android devices, running on Android 4.3 or above, as it will be paired with your Android smartphone. 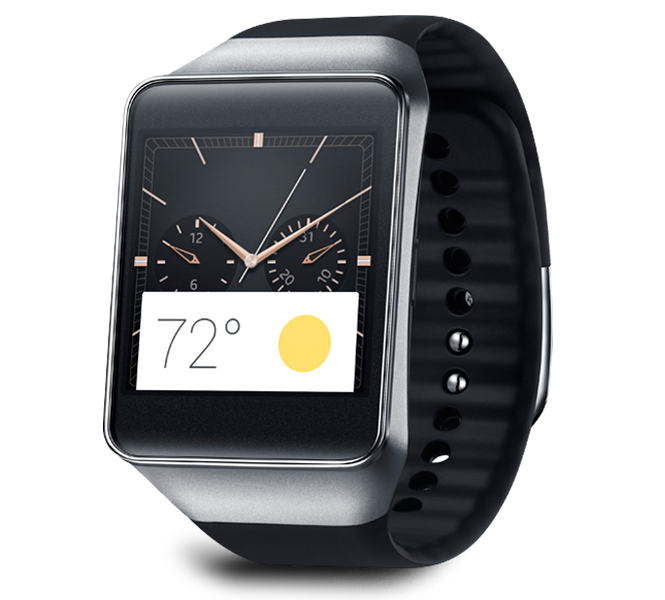 The Gear Live looks similar as Gear 2 but doesn’t load with lots of health tracking features like Gear 2. The device is based on Android Wear. As we all know the Android Wear got huge attention because of its technology and features in Google I/O 2014 which was brought LG G Watch and Samsung Gear Live both in the conference. The smartwatch comes bundled with changeable straps which make it a fashion accessory also. Accelerometer, gyroscope and compass are some other features, interlaced in the device. Its dust and water resistant nature with IP67 certification don’t need any explanation.