Toshiba is the well known brand in manufacturing sturdy and quality laptops. Company has always been working for producing quality and satisfactory devices. The next achievement in the series of its quality products is Satellite P50. The new laptop has been reached India with a price tag of Rs. 86,000 and has made its debut in an event, held in Delhi.

Another dignified product of Toshiba has been holding the same supreme position as its predecessors. The 4K display has given this opportunity to stand as a hegemonic device. It features TruBrite 15.6-inch display that offers the stunning screen resolution of 3840×2160 pixels with touch sensitive feature.

However, the market of Toshiba is not much established in India as Lenovo, Dell and HP but giving this topmost laptop, company will sure expand its market in India. It's not-so-expensive price tag and 4K display will make Satellite P50 everyone's choice. 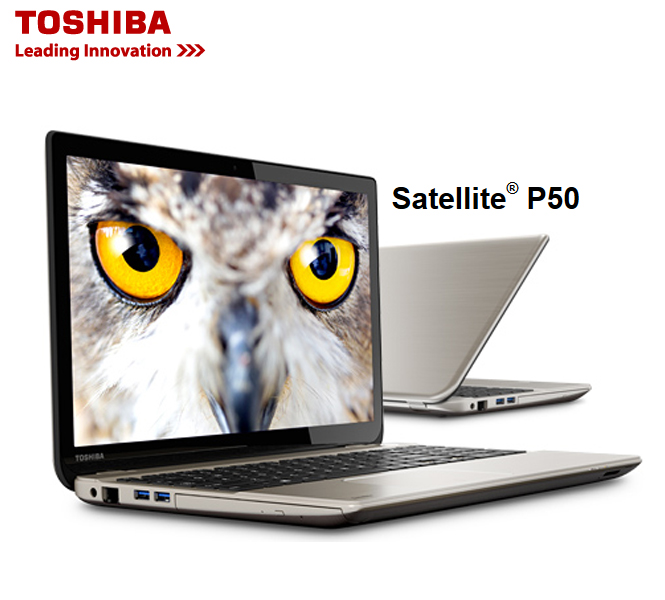 The laptop is packed with fourth generation Intel Core i series processor (Core i7-4700HQ) which has the capability to perform well at 3.40 GHz clock speed and the best one to meet with the business purpose using 6M Cache. 16GB of 1600MHz DDR3L RAM can easily be configured in the device.

It supports Windows 8.1 Operating System. The 27.9mm-thick Toshiba Satellite P50 laptop is coupled with Harman Kardon branded stereo speakers which comes with company’s Sleep & Music feature that gives you the option of listening the music when the laptop is in Sleep mode.