Windows 10 Released: What will You Get? List is here

Microsoft has blossom the floor of San Francisco with its bizarre and most awaited new desktop platform which is oddly named Windows 10 instead of Windows 9. People, who are eagerly waiting for the new OS to arrive, have got stunned with the unconventional naming of the latest platform. When people were cutting their teeth on Internet for its rumours and leaks, the Redmond people has dropped a bombshell by releasing the Win 10 with hammer and tongs.

First off, the reason which made the Redmond people to skip a number is its last major update and Company’s plan to bring something big for the computer world. On September 30 in a preview event, it started to scatter the glitter of its features and Wednesday, October 01, 2014 will bring the Technical Preview version at "preview.windows.com." 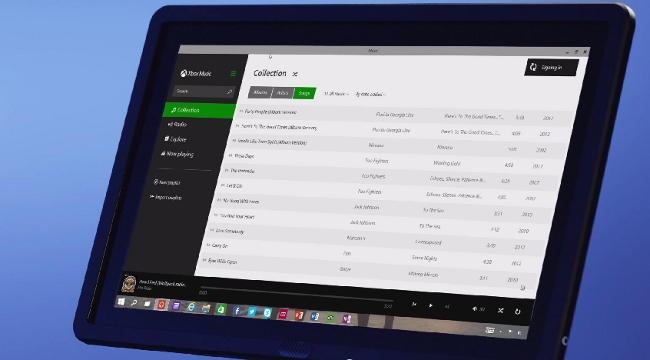 What’s this major update has brought?

Lots of new features and few old ones; has made a new OS i.e. Win 10. Here are few which has presented by Company in its event. Lets’ take a visit of it.

Start Menu is Back and the Resized Tiles

The Windows 10 will look very similar to previous two versions. You can experience the Start menu again with this new OS. Now, people who were missing the Start button in Win 8 can experience it again with new OS if your system is connected with keyboard and mouse. Live Tiles are also added right side in the Start Menu and the pinned and frequently used apps can be found on the left. The power button and search box are back at the same place, you have seen in older versions. 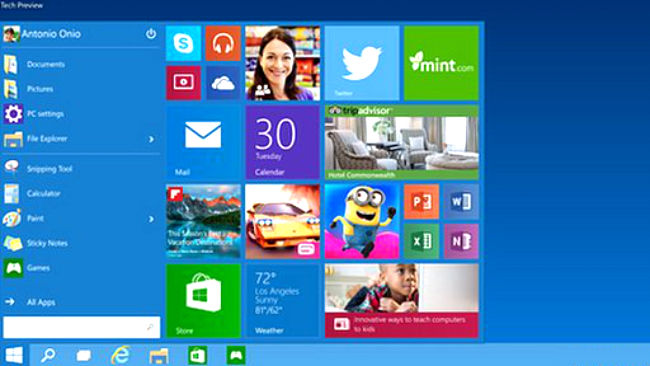 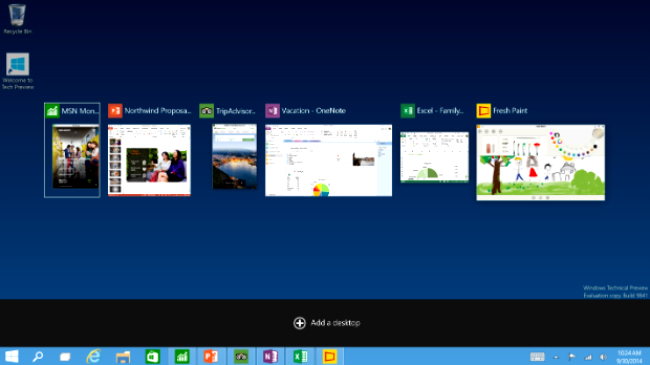 User can also switched between apps running on each virtual desktop using the Task View button. And, the option of switching between the desktops will also be possible for this new platform. Snap virtual desktops and apps horizontally and vertically in quadrant layout can also be done via this new update.

Improvement to the Command Prompt

Command Prompt which is often used by limited users to run scripts and batch files. But, Company has made efforts to make them happy by improving the Command line with new Keyboard shortcut feature. Now using the keyboard shortcut for select a line, copy and paste the text will become possible for the command prompt in this new version. 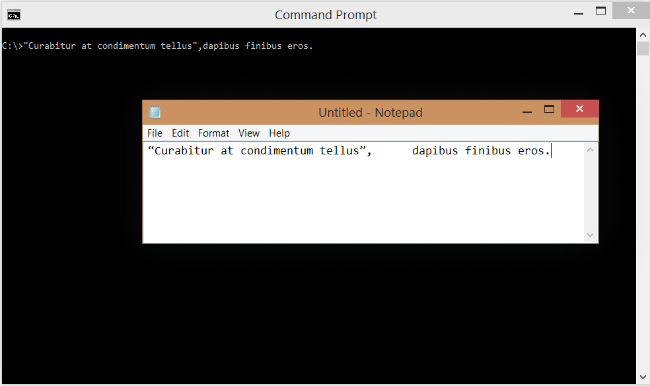 Charms bar remains in the Win 10 but, with some mouse friendly nature. The Charms bar can be seen when you swipe over the edge of a touchscreen or click on the edge using mouse. This would still exist in this new desktop OS. If you use the Windows C keyboard shortcut, this would be disappeared from the edge of the screen, but added mini Charms menu on the left corner of the app which is active on the screen.

User Interface of this new platform is still going through some changes as per Microsoft words. A number of touch and gesture based features will be required to make it worth to use. Company has not provided any additional information regarding the UI, but this platform may dynamically adjust the UI as per the mode. For eg., if you are using keyboard and mouse, then the UI would be different than touchscreen.

We can simply call it the Operating system, comprises of all users’ demand in one. You can see its few similarities with Windows 7 and Windows 8. And, there are some new and enhanced features also to make you surprise. Well, where the fate will be bringing this new OS is under the wraps.