Samsung Galaxy Watch Recorded big Sale Despite of Being a Flop

The product has been in the talks since the announcement of its manufacturing. Samsung smart watch named "galaxy gear" is a product which has received a big negation from top gadget experts. Still, it is a matter of interjection that it managed to impress 8 lakh users in merely 2 months of period. The sales records received by Samsung were shipment figures, but it hasn’t created any loss factor for the company. 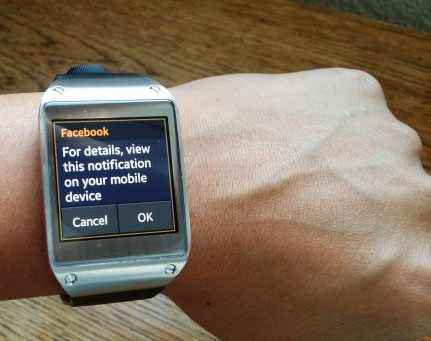 The gadget was not at all a necessary gadget which would have given something outstanding to the users. Still, it has been liked by a big population. This means Samsung has become a powerful gadget maker which can sell their products by its value and brand image. Popular gadget experts have reviewed this gadget and they all were more or less, against the gadget. "Cnet" has termed this smart watch as a style over gadget which doesn’t mean anything more than a tashan kind of thing. Another web gadget expert "ign" reviewed it as a prototype and it requires a better and strong notification system, but the camera quality is good.