Amazon and Flipkart have announced next big sales in order to celebrate India's 71st Independence Day. The Two e-commerce stores will start their sales on Wednesday, August 9 and offering discounts on various products across various categories. While the Flipkart Big Freedom sale, will end on August 11, Amazon Great Indian Sale will last up to 11:59 pm IST on August 12. Of course, the Amazon Prime members will be facilitated by early access to top deals for Amazon India. 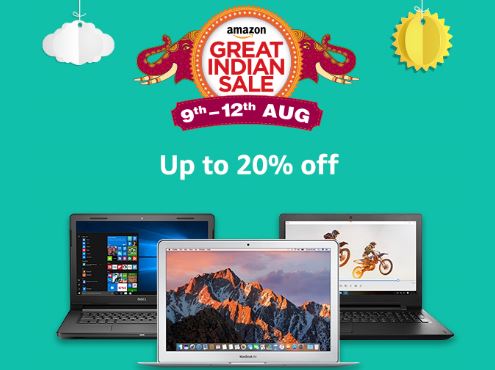 In the Amazon Great Indian Sale, customers get up to 40 percent off on smartphones and accessories which would also include up to 35 percent off on Apple iPhones, and get Rs. 5,000 discount on Lenovo smartphones, while OnePlus, Moto and Samsung Smartphones get Rs. 2,000 discount. Customers can get up to Rs. 1000 off on Honor models. Coolpad phones will be 15 percent cheaper, while InFocus phones will be up to 7 percent cheaper.

Also Read: BlackBerry KEYone On Sale In India Via Amazon

Amazon deals and offers on TVs, laptops, and more

Samsung and BPL TVs will have their costs reduced by up to 35 percent, while Sanyo and TCL TVs will have rebates of up to 33 percent and 15 percent, respectively. There will be a Buy-One-Get-One-Free offer on TVs for Prime members of Amazon, under which buyers will get a 24-inch TCL TV free on acquiring a 55-inch TCL P2M TV. On the TV category, the discount goes up to 40 percent. Tablets by Apple, Dell, Lenovo, and HP will be up to 20 percent less expensive on the Amazon deal. Intel Core i3 (6th era) laptops will begin at Rs. 22,990, and exchange offers on laptops and TVs will give discounts of up to Rs. 15,000.

JBL speakers will come with the minimum discount of 45 percent, while F&D models will have rebates of up to 40 percent. Also, Philips and Sony speakers will have rebates of up to 45 percent and 30 percent. There will be discounts of up to 60 percent on earphones brands, for example, Bose, Sony, Philips, Skullcandy and so on. On earphones by Sennheiser, the rebate is up to 50 percent. Games, for example, FIFA, Call of Duty and Counterstrike will have discounts of up to 60 percent, while HTC Vive VR headset will be Rs. 5,000 less expensive in the deal.

Must Read: Motorola Starts Rolling Out Moto G5 Plus Via Amazon India

As a part of the Amazon great Indian sale, there will be "Amazon Pay Balance only deals" on items by Samsung, Bose, Fitbit, LG, and others, with instant 10-15 percent cash back. Clients topping up their Amazon Pay balance between August 4 and August 12 will get extra 15 percent cash back; the top-up recharge needs to be of a minimum of Rs. 500, and the maximum cash back will be Rs. 300. SBI credit and debit card holders can profit extra cash back of 15 percent on the application and 10 percent on the site amid the deal. Amazon says that there will be a 5 percent cash back on all email gift cards and up to 20 percent off on gift vouchers from BookMyShow, Cleartrip, Pantaloons, and Joyalukkas. 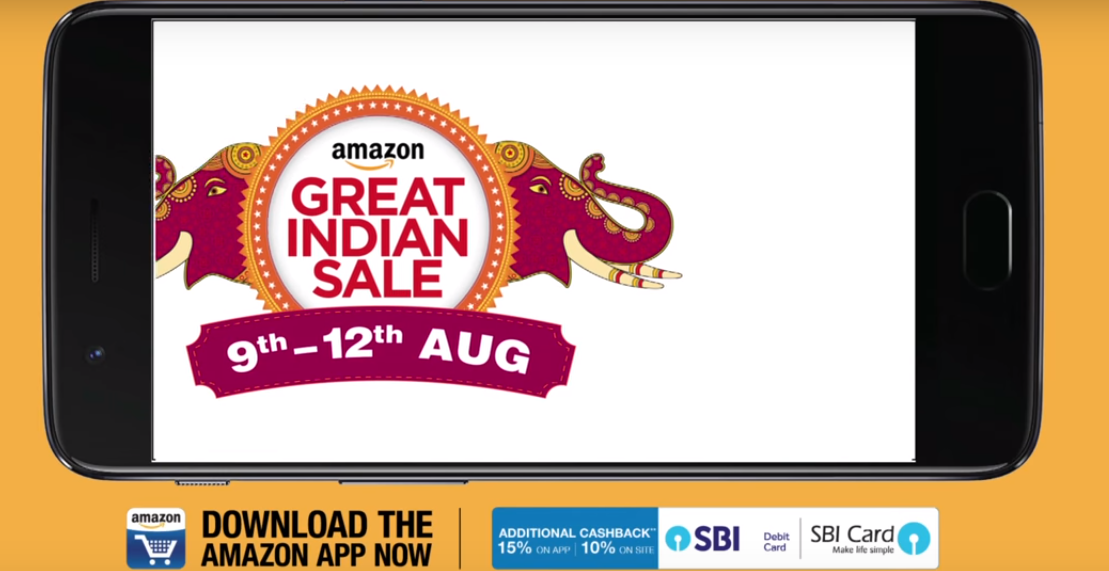 On Amazon application, clients will have the capacity to play 'Guess Who' and solve puzzles in order to get a "sneak peek" at the products that will go on a deal during the actual sale event, the company said. Clients making buys in the Amazon deal from the Amazon sale from the official app will have an opportunity to win iPhone 7 128GB (Black, Red, Silver and Rose Gold) and additionally (up to 10) Bali trips from Goomo.com.

Xiaomi Cuts Down The Prices Of Smartphones During ‘I Love Mi’ Amazon Sale
Views: 1040