The Implementation of GST bill will make India one unified market. It simply means that GST will reduce the Tax burden from consumers by replacing the list of indirect taxes charged by states. This could be the reason which shall reduce prices of automobiles by around 8-10 per cent significantly.

Most of the Car manufacturing firms are located in few states of India and with an estimate, more than 80% of their products are getting exported to other states. For that, a two per cent Central Sales Tax (CST) is charged on the cost of the automobile and that is not creditable. But, with GST, that tax will be made fully creditable.

At this moment, the effective tax rate in the automobile sector is in the range between 30-47 per cent. After executing GST the tax rate is expected to wave between 19 to 22 per cent. According to the experts, this will result in increasing the demand of the products and will reduce the product cost by about 8-10 per cent. 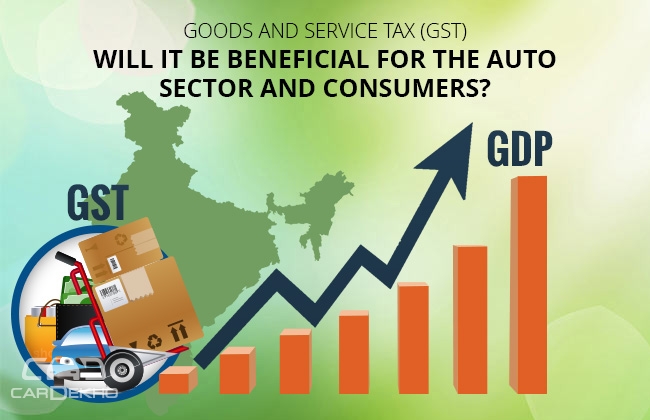 Vishnu Mathur, director general, Society of Indian Automobile Manufacturers(SIAM) said, “I think the automotive sector will be one of the most positively impacted sectors. At present, we have multiple rates of excise duty. With the GST coming in, we are hoping we do not see more than two rates. So that will be also a very positive development as far as our industry is concerned, which we believe is very, very highly taxed. While we haven’t seen the GST rate yet, whatever comes will certainly be lesser than cumulatively what it is today. We have been hoping that GST would be implemented. It is certainly going to reduce our overall cost structure”

Kenichi Ayukawa, Managing director and CEO, Maruti Suzuki India said, “The automotive industry wholeheartedly welcomes this tax reform. GST is about unifying the market, widening the tax net and generating efficiencies throughout the value chain. Faster implementation will be critical in determining its success.”

The impact of this upon the automotive sector will further be cleared out when RNR(Revenue Neutral Rate) is decided. RNR is the rate in which there is there will not be any loss in the aggregate state and central tax revenue.

A Tata Motors spokesperson said, “We welcome the passage of the forward looking reform which will augur well in the long term for uniform economic progress across the country. In addition to simplifying the tax structure and administration, it will aid ‘Make in India’ becoming more efficient and accelerate movement between producing and consumption locations.”

Sumit Sawhney, CEO and Managing Director, Renault India said, “GST will minimise and simplify the taxation burden on the automotive industry. It is expected to drive overall consumer demand since the cost for the logistics and supply chain inventory will be curtailed by almost 30-40 per cent, the benefits of which are expected to be passed on to the consumers.”

Indian Automobile Sector: Loss of Around ₹ 15,000 Crore due to Coronavirus Outbreak
Views: 22866

MV Agusta Turismo Veloce and Dragster RR Likely To Be Available in India by 2018
Views: 3554