Quite recently, the buzz was that Samsung Galaxy S6 and Galaxy S6 Edge users outside South Korea won't be able to update their smartphones to the latest Android OS i.e., Android Marshmallow v6.0.1. But, the recent reports by Gotta Be Mobile indicate that now even these users can upgrade their ROM to Android Marshmallow using a custom firmware on their devices and official update too will be rolled out either this month or in March. 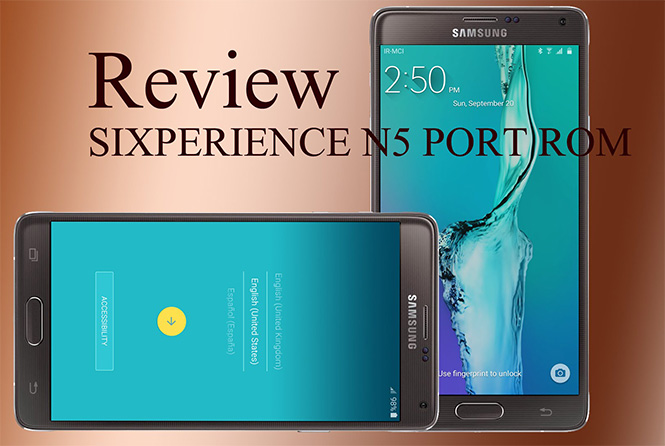 For those users who wish to install a custom ROM can update so using a custom ROM and Team Android recalls one such ROM by the name SIXPERIENCE that is based on Android 6.0.1 update offering a stable and smooth performance. The update is also “pre-rooted, deodexed, zip aligned and lightly debloated” and is even battery friendly. The ROM is compatible with model number G925F. Users can check in the model numbers by navigating to Menu > Settings > About Device > Model number. The company advice the users not to install the update in case of a mismatch else it will damage the unit completely.

Apart from the model number, users must have 80-percent or above battery, must have a backup of their vital info (ClockWorkMod (CWM) and Team Win Recovery Project (TWRP) are recommended apps) and must have USB Debugging Mode enabled to resolve any kind of connection issues.

On the specs front, Galaxy S6 Edge runs on Android Lollipop with Super AMOLED display protected by Corning Gorilla Glass 4. Under the hood, it sports Exynos 7420 Octa chipset. Take a look at other features of Galaxy S6 Edge through the below-given video from Marques Brownlee:

As of now the Android version 6.0.1 is still in Beta version and offers “additional quick settings toggles for Private Mode in the status bar, new emoji, and improved visibility of notification panel icons.” Additionally, it also allows users to install the update overnight using an option  Install overnight which installs the update only from 2 a.m to 5 a.m.

Samsung, LG, Vivo, and Others Have Shut Its Smartphone Production in India
Views: 9845

Samsung Galaxy is all set to launch S20 series
Views: 6800

Look What New Samsung Galaxy Flagships Have For you!
Views: 18663

Samsung Galaxy Note 10 Lite is all set to trend in India
Views: 4893