Asus Is Going To Release ZenFone Zoom This Month In India

Asus is all about set to unveil the ZenFone Zoom smartphone in India this month.The company touted the smartphone as the “most advanced photography focussed smartphone”. Asus confronted the smartphone with the highlighting features such as 3x optical zoom and 4GB of RAM. Earlier, the smartphone was showcased at CES 2015 but that has yet to see its wide availability. 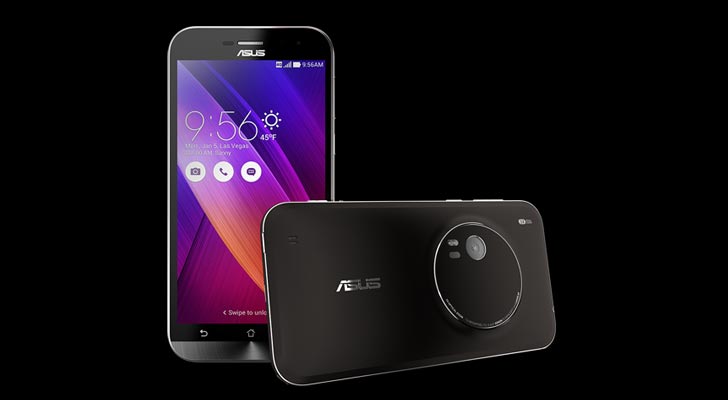 In terms of specifications, the Asus zenfone Zoom is featuring a 5.5-inch full HD display with an resolution pixels of 1080*1920 pixels and sports Corning Gorilla Glass 4. It is powered by quad core 2.3GHz Intel Atom Z3580 processor and clubs a 4GB of RAM. The device is operated on Asus ZenUI based on Android 5.0 Lollipop operating system. The company touts that with a thickness of just 11.95mm, the Zenfone Zoom is the “world's thinnest 3X optical smartphone offering up to 12X zoom-in effect."

On the camera section, the device is loaded with 13-megapixel of rear camera with f/2.7 to f/4.8 aperturewith 10 element lenses OIS (optical image stabilisation), laser auto-focus and dual-color Real Tone flash. It is also having a 5-megapixel of front facing snapper on the board. The handset have the internal storage of 64GB, which can be further expanded up to 128GB via microSD card slot expansion.

For the cconnectivity, the Asus Zenfone Zoom includes GPRS/ EDGE, Bluetooth, 3G, 4G, Wi-Fi, and Micro-USB. The company confirms that the device supports Indian 4G LTE bands as well. It is backed by 3000mAh battery. The smartphone includes sensors such as accelerometer, proximity, ambient-light, gyroscopic, and digital compass. The Zenfone Zoom measures 158.9x78.8x11.95mm and weighs 185 grams. It will be available in Glacier White and Meteorite Black color variants.

India’s contribution to global smartphone market might fall back to 9% (same as 2016)
Views: 6211

Samsung, LG, Vivo, and Others Have Shut Its Smartphone Production in India
Views: 6117