The first Microsoft-Branded handsets, Lumia 535 and Lumia 1330 have been spotted before an official announcement. Here, some images of next Lumia smartphones have been surfaced over the cyberspace, which are clearly showing that Redmond giant has replaced the Nokia branding from this line up. Notably, some purported specifications of both anticipated devices have also been revealed.

Publicized by WMPoweruser, Windows Phone 8.1 based Lumia 535 was previously labeled with a codename: RM-1090. Now, it has been said to be paired with 5-megapixel rear camera with flash along with 0.3-megapixel selfie snapper. The gadget has been claimed to hit the retail stores in White, Black, Blue, Gray, Green and Orange color options along with its 140.2x72.45x9.32mm dimension and a 145.7 grams of weighing. 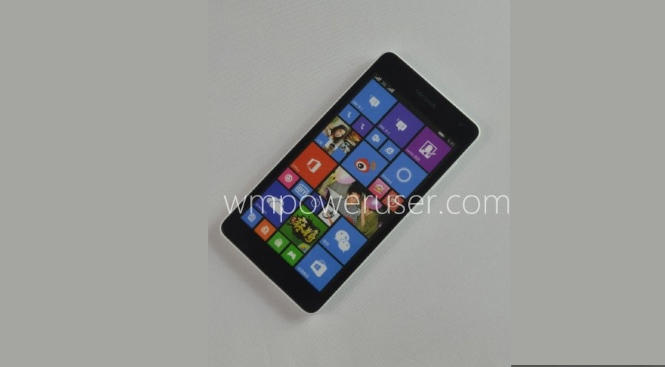 As per the report, the handheld bears a 5-inch qHD display that delivers a pixel resolution of 540x960p. In terms of memory, it will be paired with 1GB of RAM along with 8GB of internal storage, but there is no information regarding its maximum storage capacity. Furthermore, the inclusion of a 1.2GHz Qualcomm Snapdragon 200 processor has been also hypothesized. Rest of the specs include, 1900mAh battery alongside 3G connectivity.

Hashing about the second rumored successor of this portfolio: Lumia 1330, which have been asserted to be launched as a phablet to satisfy the masses that desire plus-size handsets. According to Windowsblogitalia, forthcoming yet-unseen device might feature a screen-size of 6 inches. However, a blurry image has appeared on the internet, we are yet to hear further details. 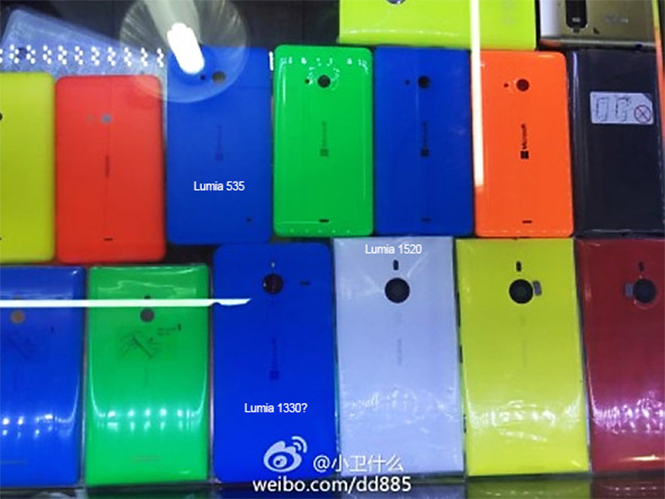 As of now, rumors are suggesting that Microsoft has planned to debut its new products on the 11th of November, but there is no words about the pricing and availability.

Pre-bookings of Galaxy S9 and Galaxy S9+ Microsoft Edition Begins in the US
Views: 698