As we know, after Gionee and Oppo, many brands of mobile industry are also adopting the new trend of designing slim smartphones to become the first choice of fashionistas. In this sequence, Vivo X5 Max with 4.75 mm thin profile has already overthrown 4.85 mm thick OPPO R5. And now, yet another name has emerged, called Coolpad Ivvi K1 Mini which has been claimed as the new ruler of ultra-thin smartphones array because of its 4.7mm slender build.

Notably, device has a "baby skin" texture on its rear panel and it features a 4.7-inch touchscreen display. Apart from exterior, if we will talk about the internal hardwares of this mobile phone, then it looks like a mid-level smartphone. Here, it's outfitted with an 8-megapixel rear shooter along with a 5-megapixel selfie snapper.

The handset is paired with Qualcomm's Snapdragon 410 64-bit quad-core SoC and fueled by a 1800mAh battery. As per the reports of Gizmo China, gadget is loaded with an intelligent remote control feature that capacitates users to control almost home appliances including washing machines, televisions, air conditioners and many more. 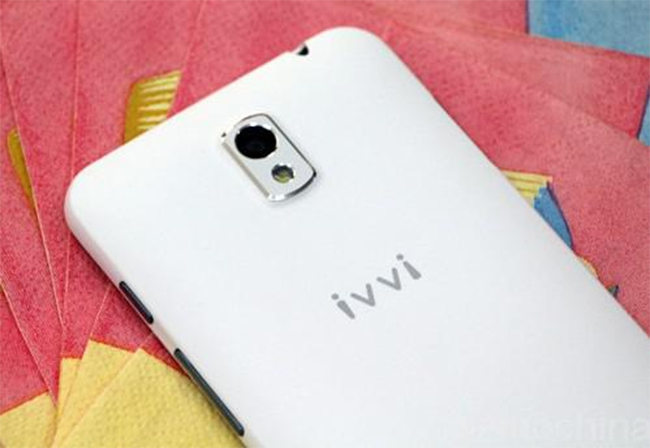 Coming to memory front, Ivvi K1 Mini incorporates 1GB RAM along with 8GB of internal storage, but there is no word about its maximum storage capacity. In terms of connectivity, its compatibility with 4G LTE networks has been mentioned by source.

Well, Coolpad Ivvi K1 Mini will initially roll out in the marketplace of China with a price tag of CNY 1,299 and in white color model, but an exact date of availability as well its arrival in other countries is yet-to be announced.

OPPO R5: The Thinnest Smartphone made Gionee to Give up
Views: 3946

Gionee will Bring Thinnest Smartphone to Break Own Record
Views: 1821