Gionee S11 is Likely To be Launched in India Very Soon

The Chinese mobile manufacturer, Gionee is all set to launch the next flagship smartphones in India, it is likely to be titled with Gionee S11. A new teaser about the launch of the upcoming smartphone in India has been officially revealed by the company. The teaser reads, “All eyes on Gionee” #ComingSoon. Yet the company has not announced the official launch date of the Gionee S11. It is expected that it will be available at a price of Rs 20,000.

Earlier year in November, the company had already launched the Gionee S11 in China at a price tag of RMB 1,799 (Rs 17,500 approximately). It anticipated that the smartphone will be equipped with four cameras along with 18:9 aspect ratio.

Gionee S11 sports a 5.99-inch and bezel-less 18:9 aspect ratio and runs on Android 7.1 Nougat out-of-the-box c. It will be powered by an octa-core MediaTek Helio P30 processor coupled with 6GB of RAM and has a 64GB internal storage capacity that can be further expanded up to 256GB via microSD card. The smartphone is backed by a 3,410mAh battery and will be offering 4G, VoLTE, 3G, Wi-Fi, Bluetooth and GPS in form of connectivity options. 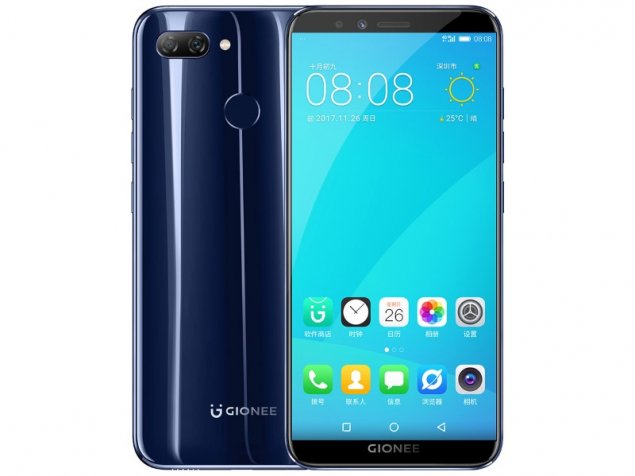 As compared to Gionee S11, Gionee S10 sports a 5.5-inch and having a full display along with 1080 pixels resolutions. It is powered by a MediaTek Helio p25 chipset coupled with 6GB of RAM and offers a 64GB internal storage capacity. It packs a 3,450mAh battery. In terms of optics, the smartphone comes with dual rear and dual front camera which includes 20 Megapixel and 8 Megapixel rear camera and secondary camera sports a 20-megapixel sensor and 8-megapixel sensor.