This would be helpful for those who have weak recollection. The new feature has been added to keep them in mind to remind them periodically. Now it won’t only display the Tomorrow, Afternoon, One-time and a particular time option if 'When' option has been selected, but will also display 'Occasionally' option as well.

How Will It Work?

Speak 'remind me' in Google Now followed by any task which you want to be performed and also mention the occasional reason as well.

As an alternative, you can simply type 'remind me' and then select 'when' option, where you find several reminding option like Tomorrow, Afternoon along with the newly added feature. Choose 'Occasionally' 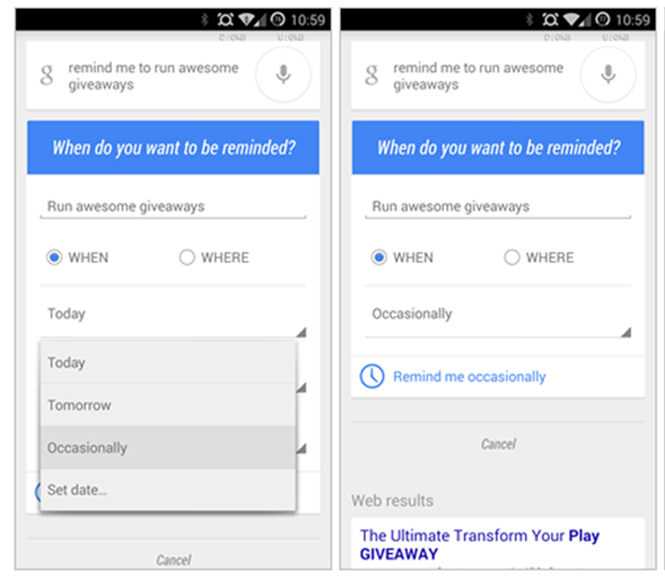 However, India is waiting for the new feature to add in Google Now Reminders. Android Police has provided the information about this where it stated, the card "will show up at the top of you Google Now stack, and can be dismissed or postponed to another day." Frequency of the reminder is also not known yet.

Few times back, Google has brought "Ok Google" feature for devices, running on Android 4.1 or higher. These devices can detect your OK Google Voice command direct from any screen including the lock screen.