GST Impact on Price of Mobile Phones in India

GST (Goods and Service Tax), the biggest tax reform in the country is finally going to be implemented in India on July 1, 2017. The new tax regime will change all of the current tax rates on each and every service in the country. According to the rates came out as of now, the GOI (Government of India) has increased the pricing of the luxury items under the new GST bill.

Currently, 29 out of 36 VAT Jurisdictions in India apply VAT rates on mobile phone of 5 percent along with 1 percent of excise duty, in this way the total tax over a mobile phone is 6 percent in most of the parts in India. After the implementation of GST, those tax rates will increase up to 12 percent (as per the currently announced rates), which simply shows us 6 percent increment on the mobile phones manufactured domestically.

Notably, the mobile phones, which are imported and sold in India currently add up tax duty of 17-27 percent. After the implementation of GST, those duty rates will fall down to 12 percent as mentioned above, which will encourage the import market of the country. That means the local manufactured mobile phones are supposed to be costlier and the imported mobile phones are believed to be a bit cheaper after coming GST. 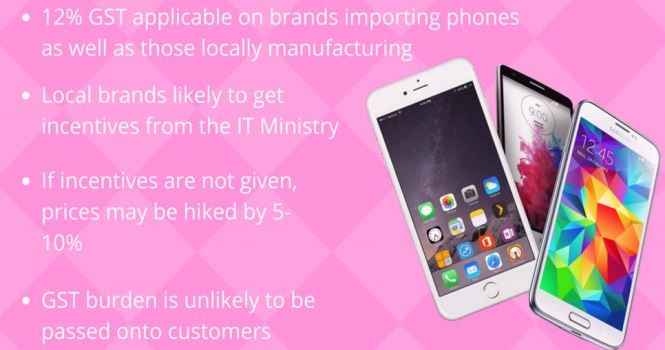 Aruna Sundararajan, IT and telecom Secretary stated, “GST rates are very positive signal to the industry, and we will certainly be pursuing the basic customs duty case and we believe that these two together, will give an impetus to local electronics manufacturing.”

Later, making out the fears or concerns of the industry with regards to continuation of the present duty regime she said, “Either the existing regime will continue or the new regime with GST plus basic customs duty will come in, so either ways the industry will not lose out. We're trying to push for 5% GST but 12% is also a positive decision.”

MV Agusta Turismo Veloce and Dragster RR Likely To Be Available in India by 2018
Views: 3468