iBall Andi 4F Waves is a dual SIM handset with amazing features. It is featured with 4-inch WVGA IPS display that provides 480x800 pixels resolution for better screen output. It runs on Android 4.4 KitKat OS and with this platform, it has also been entered in the fray of budget Android KitKat devices. To boost the performance of this affordable smartphone, a quad-core Cortex-A7 processor is clocked at 1.3GHz. Inclusion of 512MB RAM seems quite inadequate, but looking at the price tag of this smartphone, this looks big enough for the multitasking. 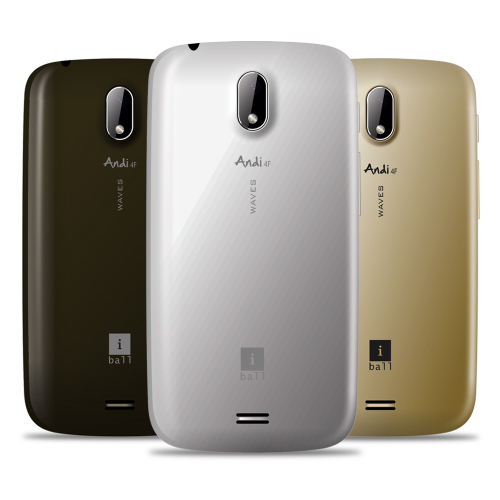 On imaging front, a 2-megapixel rear camera houses with LED flash and a 0.3-megapixel front shooter is also positioned for video calling. To bless it with long life, a 1400mAh battery is packed inside the phone. A Wi-Fi tablet had also been unpacked last month in November by the maker, named iBall Slide 6531-Q40. It is also a budget Android 4.4 KitKat powered device at Rs. 4,299.