The homegrown mobile maker iBall has come to surprise the nation with its new product launch. The latest smartphone by the company is showing the best craftsmanship of its engineers. iBall Andi Avonte 5 is the smartphone which has given the company an opportunity to tag itself as the first Indian smartphone company which has manufactured its handset with a rotating camera. Yes, the device has an 8MP shooter which can rotate upto 180 degree.

The device has many other enticing features to make this camera more capable and compelling. It has dual LED flash which won’t only please shutterbugs, but will also give selfie lovers better result in capturing selfie. Let’s move to the other scion of specification which is also enticing enough to grab people towards the device which will be selling in country at just Rs. 5,999. Tagging this device at such affordable price tag, company has blessed every level of mobile users in India to pick the smartphone without thinking twice. Well, the handset will take about two weeks to show its excellence in market. 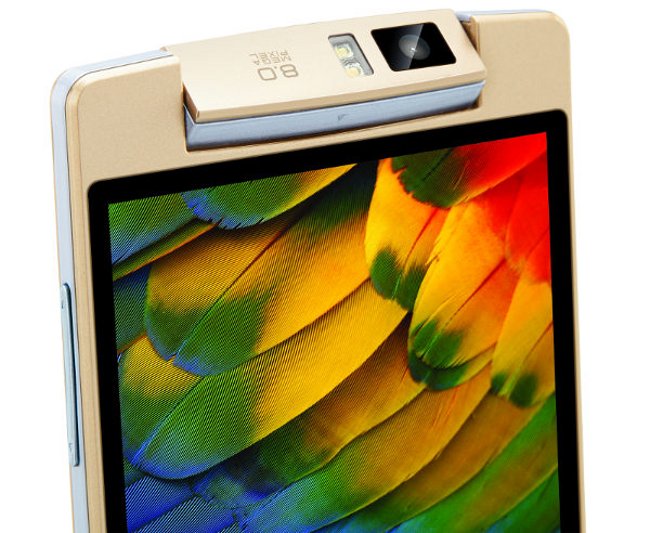 Its 5-inch IPS display is big enough, but 480 x 854 pixels resolution doesn’t seem appropriate for such big screen. iBall Andi Avonte 5 runs on Android 4.4 KitKat OS and supports dual SIM. To make it a performance beast, mobile maker has equipped it with 1.3GHz quad-core processor which works along with 1GB RAM for seamless multitasking result.

This Andi series phone also offers multi-language support which includes 21 regional languages with read-write and 9 regional system languages. It is fueled by a 2150mAh battery and has 3G network connectivity along with HSPA+,WiFi 802.11 b/g/n, GPS, and Bluetooth 4.0. Internally, you can store 8GB of data which can be extended upto 32GB with the help of microSD card.

It seems like company is targeting the shutterbugs, hence after announcing mSLR Cobalt 4 few days earlier, the manufacturer has come-out with this Avonte 5.