The domestic IT and Electronics company, iBall has commenced its new handset, Andi 5K Panther in India with a price tag of Rs. 10,499. Though, the firm is cultivating its breeds in the smartphone space, but within a short duration of time it is considered as one of the most innovative and fastest growing brands in its offering categories. As claimed by the prior sources, the brand is endeavoring hard to introduce robust products along with the latest technology and upgraded specs.

Now, if we'll talk about this new handset , then it is worth to say that it's truly justifying Indian consumers' envisage and desire with 1.4GHz octa-core processor along with an affordable price tag that is Rs. 10,499. The earlier launched smartphone, Andi 4 IPS Tiger's successor, also assimilates Wi-Fi, GPRS/EDGE, GPS/ A-GPS, Bluetooth and 3G on the connectivity front. 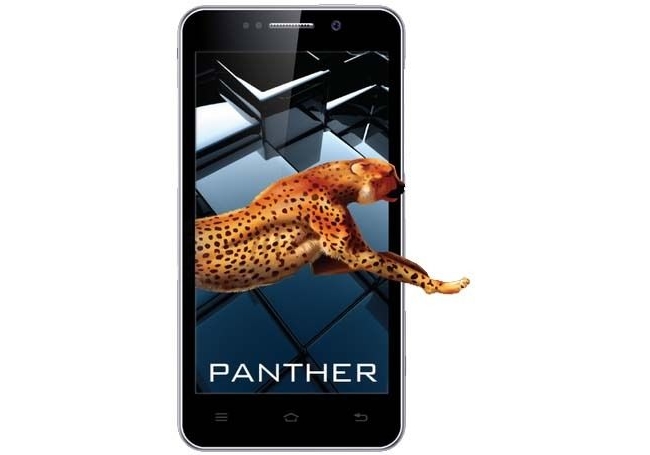 The Andi 5K Panther bestows 8-megapixel autofocus rear camera with LED flash alongside a 2-megapixel of selfie snapper. It confers 5-inch qHD IPS display, which delivers the pixel resolution of 540x960p and also provides 220ppi pixel density. Notably, the mobile phone is power packed with the most favorable operating system among the youth i.e. Android 4.4.2 KitKat. The mobile is also clubbed with 1GB RAM along with 8GB of inbuilt storage that can be expanded upto 32GB through a microSD card.

The handset is housed with the 1900mAh battery, which is substantial for the better talk time and game junkies. The availability of some advanced sensors such as Proximity and Accelerometer makes it little zestful. As per the anticipations of the retailers the device will be up against some recently introduced octa-core processor equipped handsets like HTC Desire 616, Wickedleak Wammy Neo Youth and Obi Octopus S520.