U.S based smartphone maker InFocus has again brought a new smartphone for the Indian buyers. The new device dubbed under the moniker of InFocus M535+ is just another variant of the InFocus M535 that the company launched just last year in the country.

The company has quoted the price of new Android smartphone to be Rs 11,999 and considering the craze people have for selfie-sticks, the company is also bundling a newly designed selfie stick along with the product for a price of Rs 1,000. Users can purchase the new handset in two color variants namely Gold and Silver from local retail stores across the country.

The GSM-handset M353+ possess a metallic design as was last seen in its predecessor. However, in terms of other features, it definitely can be considered an upgrade since it comes with a 3GB of RAM capacity while M535 featured only 2GB. It also comes with a 13-megapixel rear camera instead of 8-megapixel as seen on the previous release. Last but not the least, M535+ comes with a full-HD display and an octa-core processor instead of HD display and a quad-core processor. 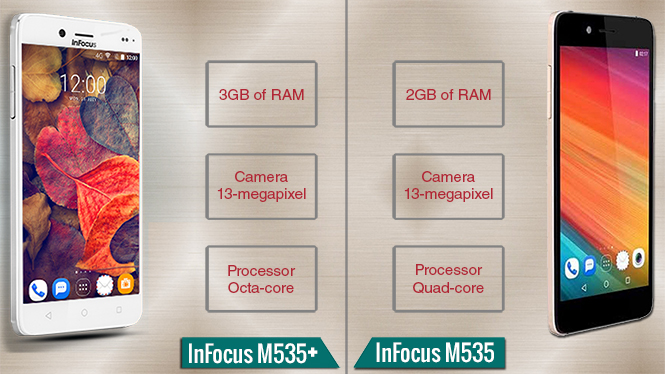 Other specs notably seen on the new device includes Dual-SIM support and a 5.5-inch full-HD display giving a resolution of 1080x1920 pixels and a pixel density of 401ppi. In terms of thickness, it is 7.2mm thick. The device further comes onboard with Android Marshmallow v6.0 Operating System alongside an octa-core MediaTek MT6753 Soc coupled with 3GB of RAM. 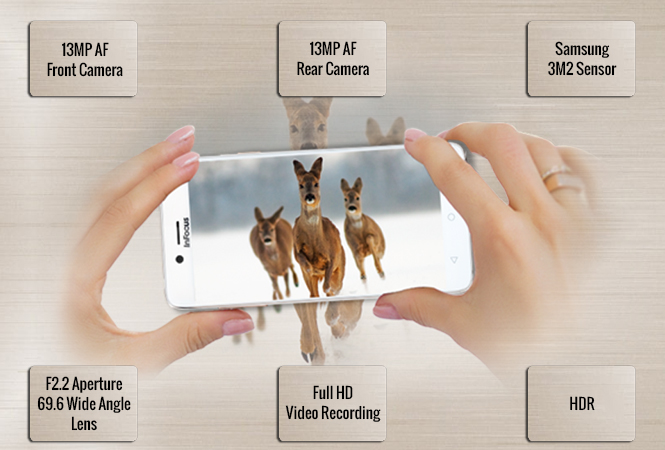 Commenting on the launch, Sachin Thapar, Country Head, InFocus India, said, "InFocus M535 has received tremendous response from the customers and has become one of the iconic models in the premium metal series. Riding on the popularity of M535 and further expand the metal series line-up, we have launched the new InFocus M535+ which is designed to cater to the pro-selfie generation who is looking for the best camera, more power, and style in their smartphone."

As stated, M353+ is just another variant of previously released InFocus M353 and hence it bears many similarities from its former variant. Additionally, the device bears 16GB of onboard storage expandable up to 64GB using an external microSD card. It gets powered by a 2600mAh battery and carries a weight of 158 grams.