Its Official: Celkon Millennium Ultra Q500 may Arrive This Month

India's Apple and the sixth-largest domestic company in the field of mobile manufacturing, Celkon seems to be gearing up to launch the Millennium Ultra Q500. Ostensibly, this forthcoming device will disseminate the brand's Millennium series. However, in the previous month, the firm has already introduced several smartphones in this array such as Vogue Q455, Elite Q470 and Power Q3000, which have boomed the Indian market due to their amusing and eye catching specifications.

According to the reports of GizBot, the device will be launched on August 24 and it is power packed with Android 4.4 KitKat operating system. As claimed by the website, the executive at Celkon who choose to remain anonymous has told that smartphone will arrive with an affordable price tag, which is just Rs. 9,999. 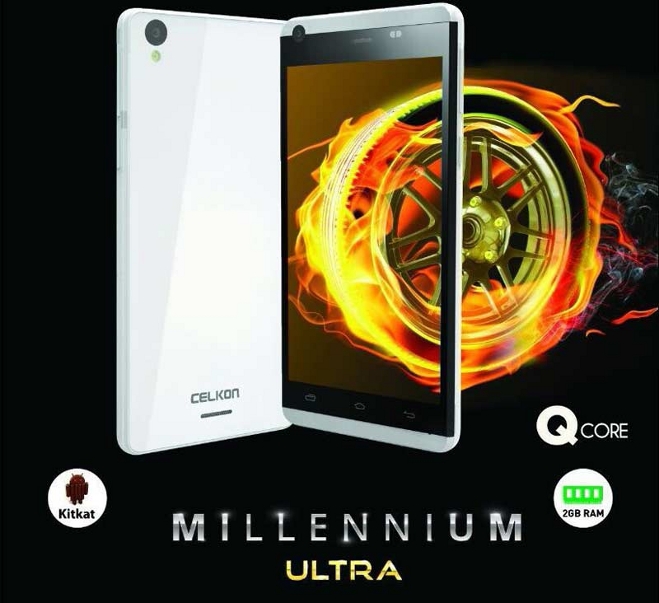 Although, the domestic handset maker corporation has not unveiled all the detailed specs of the mobile phone such as processor, battery and camera yet. As claimed by the sources this upcoming device incorporates 2GB of RAM alongside a 16GB of internal storage, which is expandable via microSD card. It renders a 5-inch HD IPS display with OGS technology that will provide 720x1280 pixels resolution.

The Millennium Ultra Q500 is integrated with a quad-core processor, whereof chipset is still unspecified. If we peek on the other rumors, then it is anticipated that pre-order for the smartphone will be start from the 14th August. It is expected that the company will vend its forthcoming flagship via the leading online retailer Flipkat along with the previously mentioned price tag.