Indian smartphone manufacturing and developing firm Karbonn, Ended the year with the launch of four new 4G smartphones in the country dubbed as Aura Note 4G, K9 Smart 4G, Titanium Vista 4G, and K9 Viraat 4G. In which, the Aura Note 4G is completely a new offering by the company, whereas the rest three of them have been launched earlier. The Aura Note 4G and Titanium Vista 4G comes with a price tag of Rs 6,490 and Rs 5,090 whereas K9 Smart 4G and K9 Viraat 4G comes priced at Rs 5,090 and 5,790 respectively. 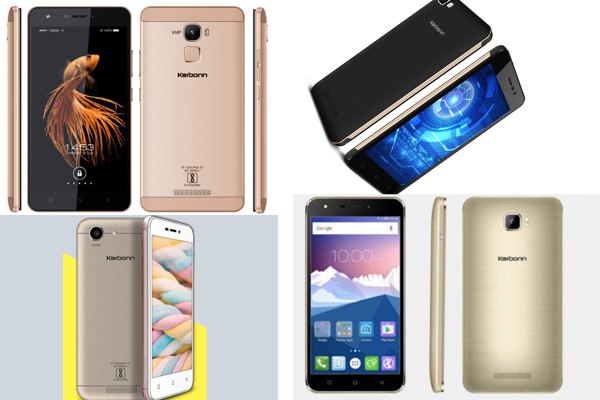 The company in its release stated that it has launched these smartphone with an aim to target entry-level users of the country, it said, “Targeted at entry-level users, Karbonn's 4G enabled range has been especially developed to suit the varied digital and language proficiency of the country's diverse consumer spectrum. With an aim to connect the next billion customers under the smartphone telephony fold, the range aims to simplify the 4G experience of the user to facilitate easy adoption.” 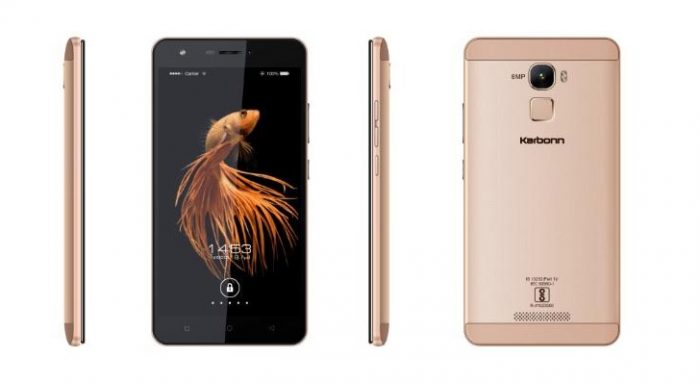 As per as specifications are concerned, the Karbon Aura Note 4G Android smartphone features a 5.5-inch display of resolution 720X1280 pixels and runs Android 6.0 Marshmallow. It is powered by a 1.25GHz quad-core Mediatek MT6737 SoC paired with 2GB of RAM. The optical part of the handset includes 8-megapixel of rear camera along with a 5-megapixel of front shooter for selfie lovers. It is backed up by a 2800mAh battery and bears a fingerprint sensor at rear panel. 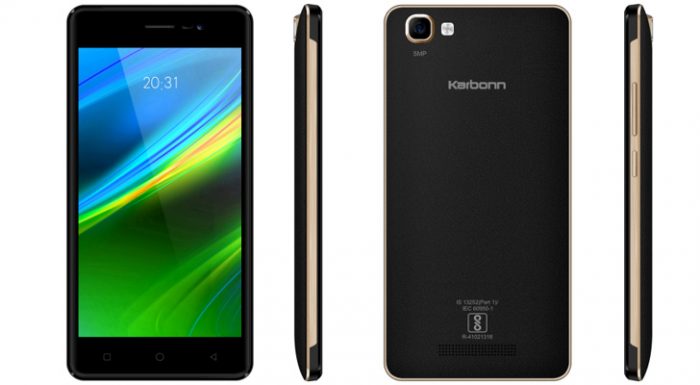 Coming next to Karbonn K9 Smart 4G, the Dual-SIM handset packs an FWVGA display of resolution 480X854 pixels, and has been claimed as ‘Unbreakable’ by the company itself. The company in its release said, “K9 Smart 4G comes integrated with Indus OS for facilitating local language search, text to speech options and free messaging amongst Indus users.” It is powered by a 1.2GHz quad-core MediaTek processor paired with Mali-T720 GPU and 1GB of RAM. In terms of optics, it is blessed with a 5-megapixel camera at both front and rear side of it. The device also packs a native dialer integration of Freecharge for single tap payments and is available in Black and Grey colour variants with Sandstone Black finish. 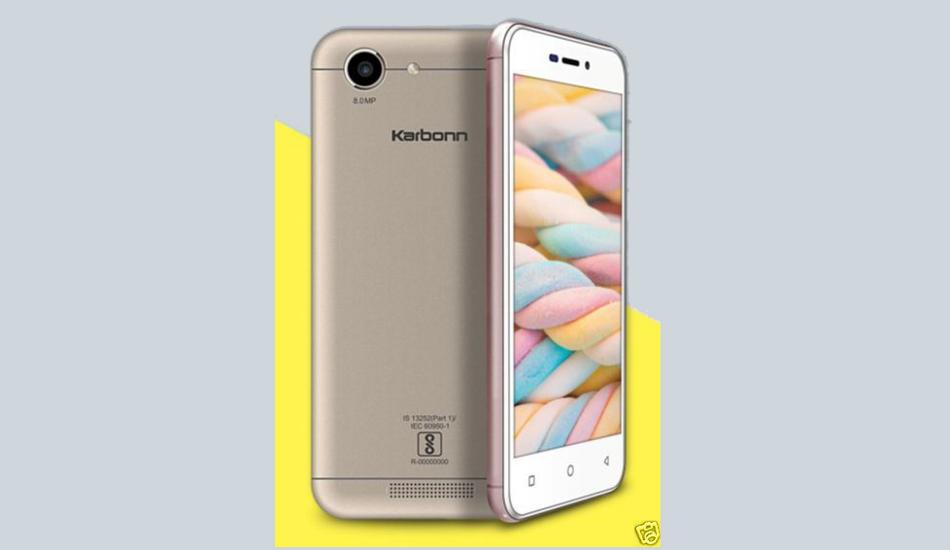 Next in the list is Karbonn Titanium Vista 4G, the GSM smartphone is blessed with a 5-inch HD display of resolution 720X1280 pixels and powering the smartphone is a 1.25GHz quad-core Mediatek MT6737 SoC paired with 1GB of RAM. The optical part of the device includes an 8-megapixels rear camera along with a 5-megapixel front shooter for shooting selfies. It is also blessed with 8-GB of inbuilt storage capacity, which can be expanded via microSD card and is available in Champagne White and Black colour variants.

The company in its release said, “To enrich the smartphone experience the device offers an array of curated information and entertainment content in collaboration with top content providers including Saavn, Voot and Daily hunt.” 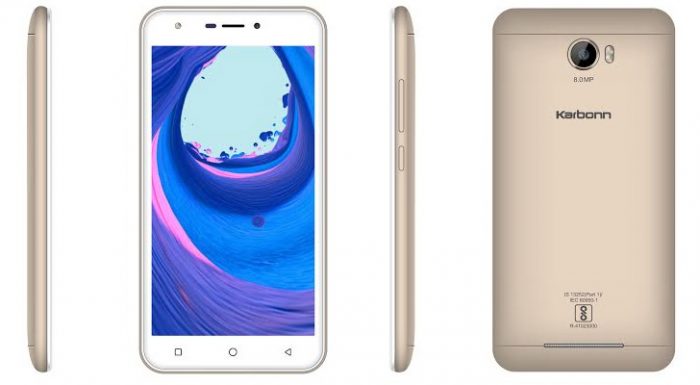 Lastly, there is Karbonn K9 Viraat 4G smartphone, which features a 5.5-inch HD display of resolution 720X1280 pixels and is powered by a 1.25GHz quad-core Mediatek MT6737 SoC. The optical part of the handset includes an 8-megapixel rear camera along with a 5-megapixel front sensor for selfie lovers. The smartphone is backed up by a 2800mAh battery and is available in White Champagne and Black colour variants.