The homegrown mobile manufacturing company, Lava is set to launch its novel smartphone, which is designated as Iris 401. This new successor of Iris lineup has made its appearance on the official website along with all specifications and features. Apparently, the burgeoning native tech space is crowded with various smart devices, where leading firms are striving hard to make their stronghold. At this place, corporation has recently commenced its camera-oriented handheld: Iris Selfie 50 to gain more market shares in marketplace.

Taking about the new heir of firm, which is paired with inornate specs. It is housed with a 3-megapixel primary sensor along with a VGA front shooter. The handset features a 4-inch WVGA TFT-LCD display, which delivers a pixel resolution of 480x800p. 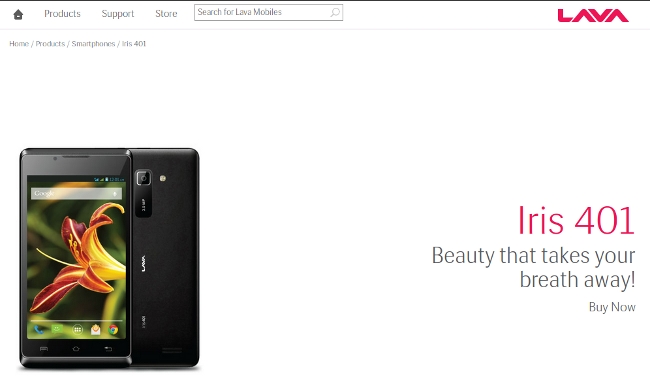 On the connectivity front, smartphone incorporates GPRS/ EDGE, Wi-Fi 802.11 b/g/n, Micro-USB, Bluetooth v3.0 options, but the unavailability of 3G captivity is a major drawback of this gadget, which might make sullen to tech-savvy folks.

The device is integrated with a 1.3GHz dual-core processor, but its chipset is still unspecified. In terms of memory, it bestows 256MB RAM alongside 512MB of internal storage that can be expanded up to 32GB through a microSD card. Iris 401 is fueled by a 1450mAh battery that is quoted to deliver 9 hours of talk time. 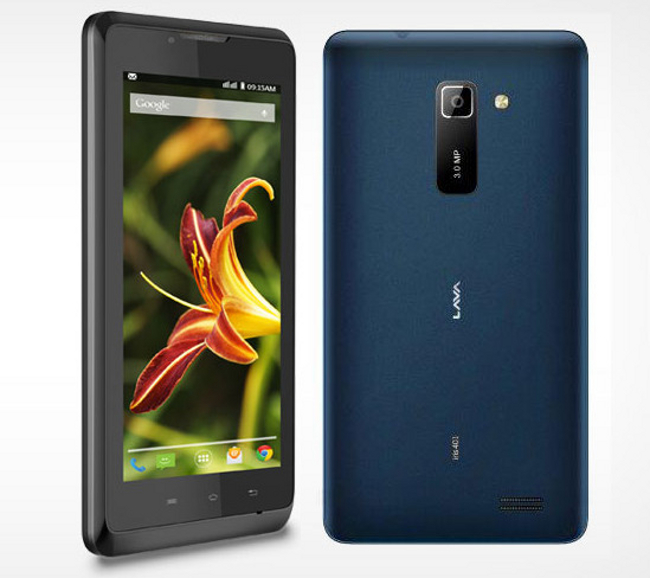 It assimilates Android 4.2 Jelly Bean operating system and will be exhibited on the shelves of retail stores with its 126x65x10.35mm scale. Well, firm has not proclaimed regarding the price and availability of this forthcoming gadget, but it has been speculated to be dispatched in budget category.