LG is seemingly all prepared to announce the launch date of its next flagship smartphone LG V30. The company had sent a media invite dated August 30. The launch event will be held in Germany, as hinted by the press invites of the company. We have been seeing several leaks and rumors regarding LG’s upcoming V30 Smartphone. But, it is confirmed for LG V30 that the phone will come with a 6-inch QHD+ OLED FullVision display and will be the first smartphone from LG’s camp to come with an OLED screen and it will also have 18:9 aspect ratio and Google Daydream feature.

The final design of the handset is leaked by Evan Blass. A tipster, Evan Blass, has posted how the phone is going to look like. The image that has been leaked by Blass reveals front panel along with text “Save the date”. Going by Evan Blass shared renders, the smartphone will come with slight curves on the edges when looked from both front and back side. Some rumors have also hinted that LG V30 may ditch the 3.5mm headphone jack.

The image of the LG V30 Shows that there will be no physical home button or capacity keys on the front and the device will have a metal unibody design with a unique antenna band. At the back side the phone will sport a dual camera setup right next to each other and at the top of the front panel sits the front selfie camera. The Dual cameras will be positioned horizontally. Then there will be an LED flash module placed at the right outside for capturing better pictures. The fingerprint scanner is positioned at the right below the rear cameras.

The SIM tray and the 3.5mm audio jack are on the left and top respectively, while the new leaks show that at the right side the volume rocker has been placed. 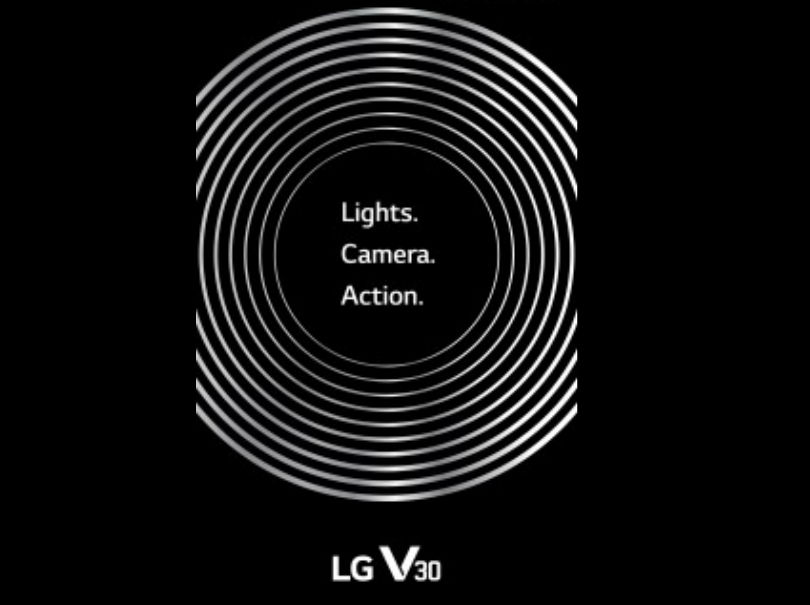 LG has partnered with Joseph Gordon-Levitt and has teamed up HitRecord to showcase new products capabilities through innovative videos. However, the new video entries have appeared giving the first glimpse of the companies LG V30 flagship smartphone. The leaked live image shows that LG V30 will have thin bezels all around the screen.The handset will also come with laser-assisted autofocus feature like that of the LG V20.

Samsung, LG, Vivo, and Others Have Shut Its Smartphone Production in India
Views: 9008