Not much time has passed since Micromax unveiled its Bolt Supreme and Bolt Supreme 2 in the country and now as per the recent reports, the company has again added a brand new product to its Bolt line-up. The product dubbed under the moniker Bolt Supreme 4 has been listed on the company's official website, but still, there is no confirmation on the availability details and the pricing. However, it is expected that the unwrapping would occur real soon. 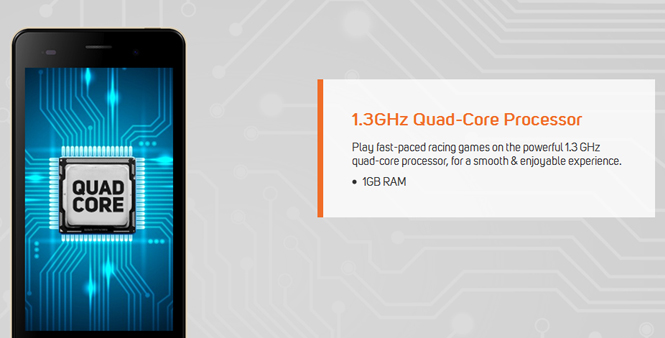 As per what the website enlists, the Dual-SIM smartphone Micromax Bolt Supreme 4 operates on latest Android OS i.e., on Android v6.0 Marshmallow OS and features a 5-inch HD IPS display that gives a resolution of 1280×720 pixels. The device is further powered by a 1.3GHz (MT6580) MediaTek processor paired with 1GB of RAM which also offers 8GB of inbuilt memory, with an option to expand up to 64GB using an external microSD card. 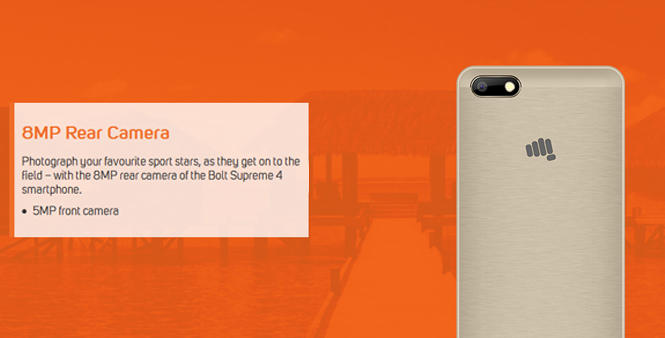 As far as camera resolution is concerned, the GSM-device doesn't disappoint on that part too since it comes with an 8-megapixel rear camera with autofocus and flash ability coupled with a 5-megapixel selfie camera with fast focus technology. The handset houses a 2000mAh of battery power that the company claims lasts up to 22 hours of talk time and 450 hours of standby time. 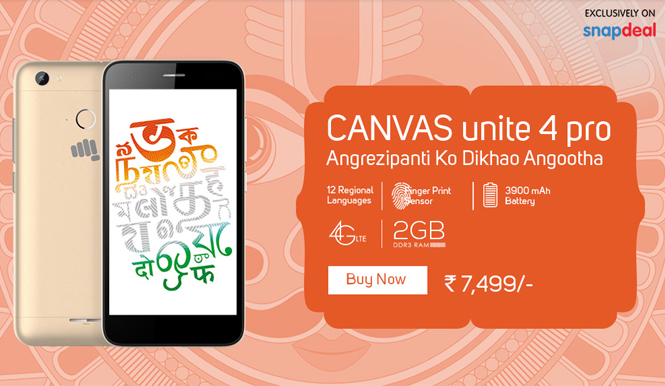