The noted Indian Consumer Electronics Company: Micromax is on a launching-spree in this month, where it has diversified the marketplace of handsets by bringing a small army of smartphones in span of few weeks. And now, corporation has come into headlines with a brand-new gadget, called Canvas Doodle 4.

At this place, it is worth to mention that Doodle 4 is the fourth variant of Canvas Doodle series and it is the legitimate successor of Canvas Doodle 3. Discussing about the specs of mobile phone, it is loaded with Android 5.0 Lollipop operating system and fueled by a 3000mAh battery. Inclusion of a quad-core MediaTek MTK6582M processor clocked at 1.3GHz paired with 1GB RAM makes this phone quite efficient in executing the multiple tasks simultaneously and seamlessly. 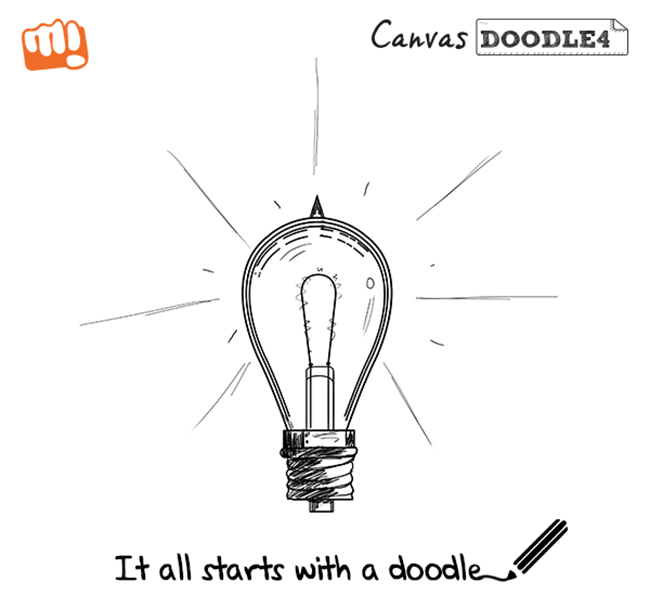 Memory-wise, it is armed with 8GB of inbuilt storage, but  maximum storage capacity is yet unknown. Featuring a 6-inch IPS display, smartphone has expanded the array of phablets. Here, its display has been said to confer a pixel resolution of 540x960p. In terms of imaging, handheld is fitted with an 8-megapixel autofocus rear shooter with LED flash alongside a 2-megapixel fixed-focus selfie snapper.

Notably, company is yet to make an official announcement regarding its new invention, but device has already made its appearance on an E-commerce website: eBay, wherefrom it's available to buy at Rs. 9,199. However, a report of Fonearena suggests that Micromax had released a teaser image inscribed with a tag line "It all starts with a doodle" that also hints at a stylus pen, but online portal doesn't show stylus support.