A well-known name in electronics industry, Mitashi has just dropped out two gaming devices on Indian land, Play Thunderbolt smartphone and GameIn ThunderPro Quad-core Console. Both are based on Android operating system. At Rs. 12,990, Play Thunderbolt is built for Indian customers. However, the manufacturer has not spoken a single word on the availability of both devices. It is said that Flipkart will be selling them within few days.

Mitashi Play Thunderbolt is specially designed for gamers. All its software and hardware packaging in a metal covered body gives this handset a tough and premium look. It comes with a joystick and dual speakers. OTG, and an 'ultra-sensitive' G sensor bless this handset with extra power. Though, this smartphone runs on a dated Android Jelly Bean OS, but comes equipped with dual SIM slot. 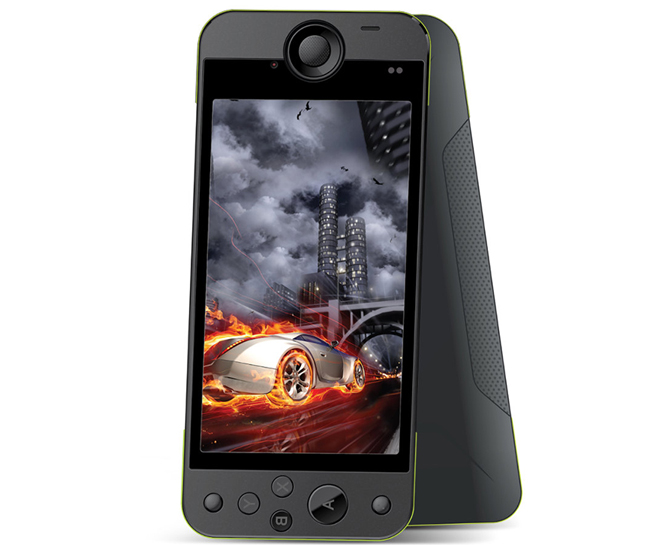 Mitashi Play Thunderbolt comes equipped with a 5-inch display that offers HD (720x1280 pixels) resolution with a pixel density of 320dpi. Its quad-core processor is clocked at 1.2GHz for enhanced performance. As the device is meant for gaming purpose, so its GPU should be something advanced in nature. PowerVR SGX 544MHz GPU is there for greatest graphics result and 1GB of RAM is also there to make the execution of games and applications smooth.

On the imaging side, this smartphone sports an 8-megapixel rear camera and a 2-megapixel front facing camera. Play Thunderbolt is mated with 16GB built-in storage which can further be expandable upto 64GB using microSD card. It is fueled by a 4200mAh battery which is powerful enough for gamers who love to play games for long hours. Company is also bundled this handset with free sleek leather flip cover worth Rs. 990, which will be offered to few first buyers of this device.