In the world of mobile phones, Sistema Shyam TeleServices Limited (SSTL), which purvey their services under the MTS brand name, introduced MTS Blaze 5.0 smartphone in India.

Talking about the specifications of this phone, it has allotted with Dual SIM option and will be powered by 1.2 GHz Qualcomm Snapdragon processor. This five inch smartphone is equipped with integrated EVDO and a GSM modem. It runs on Android 4.1 (Jelly Bean).

Snapper side, 8MP primary with auto Focus and VGA front-facing camera for video calling are added to this phone. For storage, its internal memory is given with 4GB of storage which can be extended upto a limit of 32GB. In terms of battery backup, 2500mAh battery is available which is claimed to churn out a talk-time of 9.5 hours. 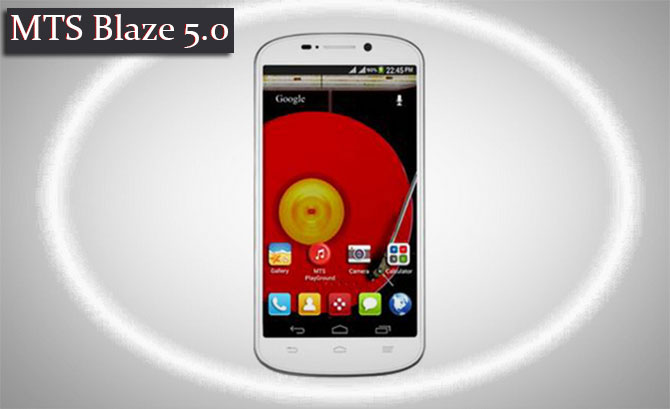 At present, the company has planned to avail this smartphone across all the MTS circles, including Delhi, Gujarat, Rajasthan, Kerala, Karnataka, UP West, Tamil Nadu, West Bengal & Kolkata. The company has also bundled a gift of 10,000 MB of data usage after the first an initial recharge of Rs198/-. This data usage will have a validity of 1 year. The phone will be available at a price of Rs 10,999.