Nokia 8 Unveiled At An official Event In London: Have A New ‘Bothies’ Feature

Nokia 8, the much-awaited smartphone has been officially revealed by HMD Global at an event in London. The new flagship smartphone is the first product created by the Finnish company to the extent of the Carl Zeiss partnership revealed in last month. Previously, Nokia 8’s specifications and features had been leaked on social media platforms extensively and for the most part, there were no surprises left for the smartphone. The smartphone will be available for sale “globally” by September 2017 and expected retail price would be of EUR 599 (approximately Rs. 45,000). According to HMD Global’s chief product officer Juho Sarvikas, Nokia 8 will be launched in India by early October and the actual price of the smartphone would be revealed at the launch time.

Chief Product Officer Juho Sarvikas said “The Nokia 8 is fitted with an elaborate heat management solution: a copper pipe that runs from the upper right corner of the device to the lower left has liquid evaporating in the middle and condensing on the edges. A graphite shield enables heat transfer to the aluminum unibody and its eventual dissipation to the air”.

In terms of design, Nokia 8 features a unibody metal design, built with 6000-series aluminum and it is rated to IP54 which makes the phone splash- proof. The smartphone will be available in two polished color variants with a glossy finish and matte finish, and it will come in four color variants:- Polished Blue, Copper, Tempered Blue, and Steel. 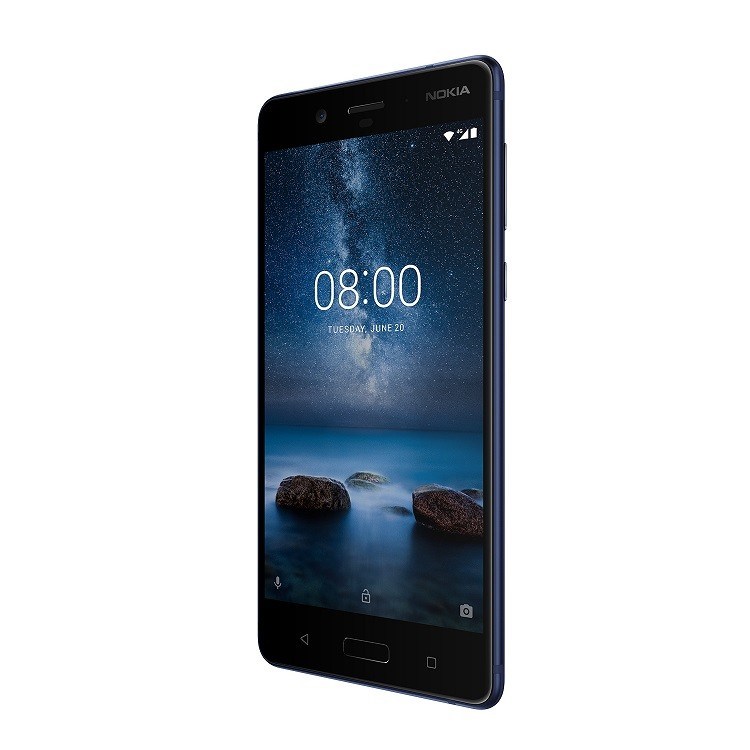 In terms of optics, Nokia 8 featured a 13-megapixel dual-camera rear setup along with f/2.0 aperture, laser autofocus and RGB, monochrome sensors and dual- tone LED flash. The rear side camera of the smartphone is able to record 4K videos. There is something exciting and new with the cameras of Nokia 8. HMD has come up with new feature namely “bothies”. Through “bothies” feature- users will be capable to capture images as well as videos from the front and the rear cameras at the same time. 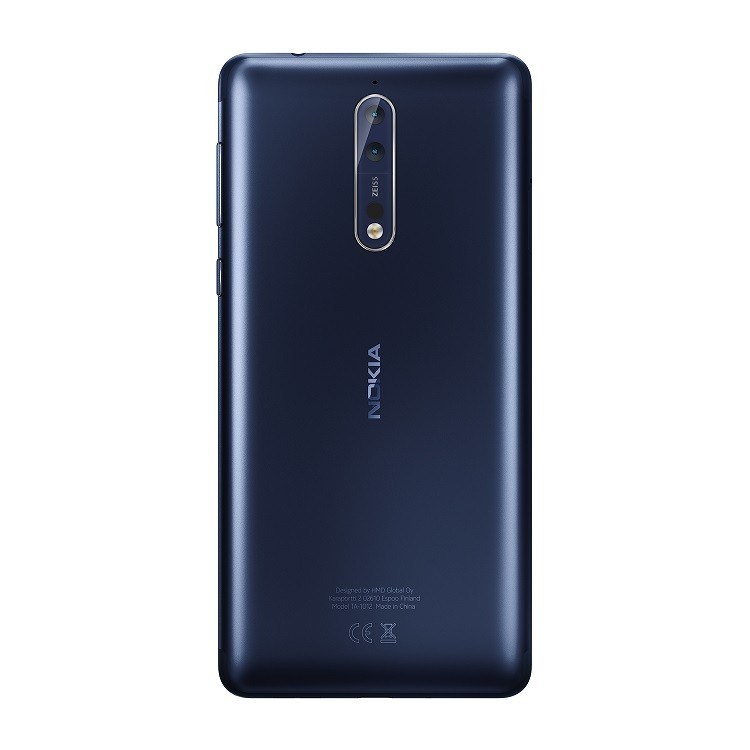 In terms of specifications, the new flagship smartphone will be powered by a Qualcomm Snapdragon 835 SoC coupled with 4GB RAM and 64GB of Inbuilt storage that can be further expanded up to 256GB via microSD card. Nokia 8 will sport a 5.3-inch LCD display along with Gorilla Glass 5 for protection. It runs on Android 7.1.1 Nougat out-of-the-box and comes up with 3,090mAh battery. The smartphone will be made available both in single SIM and hybrid dual SIM options.