Nubia Technology, China-based smartphone manufacturer company has launched Nubia V18, a mid-range smartphone, especially in China. To recall, Nubia N3 was launched by the company in previous month exclusively in China. Dual- rear camera setup is missing on the smartphone but it is equipped with the company’s own Maverick voice assistant. The highlights of Nubia V18 is that it features face unlock and fingerprint scanner to unlock the smartphone

The company is offering the smartphone in three color options: Stone Black, Space Gold, and Nebula Red colour variants. It is available at CNY 1,299 (approximately Rs. 13,400). The pre-bookings of the smartphone starts from 22nd March (today) and the deliveries will start from 29th March exclusively in China

As per the recent reports, it is likely to come with a 6-inch Full HD+ display and screen resolution is a mystery for us currently. As per the specifications, the Nubia V18 bears a 6.01-inch full-HD+ display along with the screen resolution of the smartphone is 1080 x 2160 pixels along with 18:9 aspect ratio that means the smartphone comes with full- screen display. It must be noted that rumored and official launch specifications are similar to each other.

The smartphone runs on company’s owned Nubia UI 5.1 Android Nougat. It is embedded with a 2GHz octa-core Snapdragon 625 SoC with Adreno 506 GPU, paired with 4GB of RAM.

In terms of camera, the new Nubia V18 features a 13-megapixel camera at the rear, with LED flash and f/2.2 aperture with PDAF while on the front, there is an 8-megapixel camera with f/2.0 for taking selfies and video calling.

Sensors on the smartphone are the accelerometer, compass, ambient light sensor, and proximity sensor. In terms of size, the Nubia V18 measures 158.7x75.5x7.75mm and weighs 170 grams.

Nubia N3 was launched by the company in the previous month in China. The smartphone features 5.99" IPS display along with 18:9 aspect ratio. It is powered by a Qualcomm Snapdragon 625 SoC coupled with 4GB of RAM and 64GB internal storage. In terms of optics, the smartphone features a dual- rear camera setup. For the selfie snapper, N3 sport a 16-megapixel front-facing camera for taking selfies and video calling. 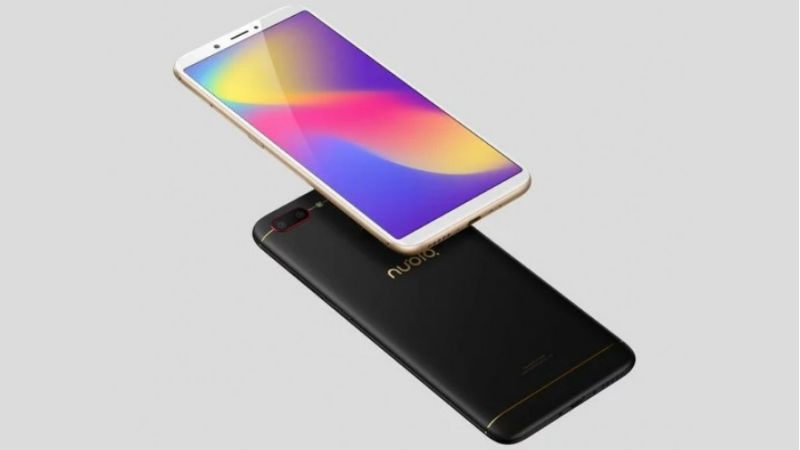