The rumour mill can be considered as the hottest place with variety of canards for different-different products. No-one is able to stay away from it. Hence, we have found chance to take a glimpse of Oppo’s upcoming handset. This handset was leaked earlier in images as Mirror 5, but now, the latest leak has made a contradictory report on its name which is suggesting the name as Oppo Mirror 5s.

Mobipicker has leaked an image of this device; specification has also been tipped out. We have articulated the specifics of its body in our earlier report, and this leaked image hopefully doesn’t contradict from earlier. The same diamond patterned glass panel on back can be seen in this picture. Its specs are revealing its value which is suggesting it as mid-range device. 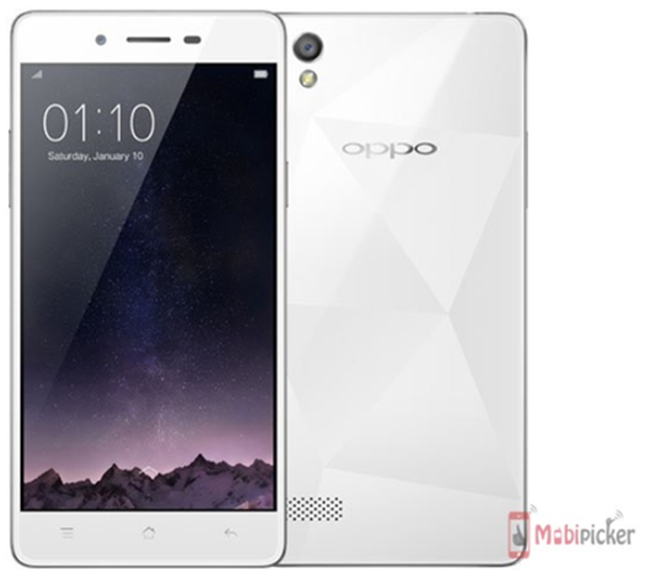 Let’s go to the specs side which tells about its 5-inch display which would offer HD (720 x 1280 pixels) screen resolution that converts into the pixel density of 294ppi. Oppo Mirror 5s is also rumoured to power by Snapdragon 400 MSM8916 quad-core processor which will be clocking at 1.2GHz. It will feature Adreno 305 GPU and 2GB RAM which will be capable in boasting performance. 16GB internal storage could also be found in Mirror 5s which is said to come with an option of microSD card slot (to store upto 128GB of data).

Rumours are also saying its camera module a good one which is speculated with 8MP rear and 5MP front shooters. A 2420mAh battery is said to boost the device’s energy and Android 5.1 OS support will also be there to give this alleged Oppo Mirror 5s some elegant appeal with company’s own custom Color OS 2.1 skin. 4G connectivity and dual SIM will also be there to bless the handset. However, there is no word or no leaks on its pricing and availability, but it is expectedly come on the floor in July.