Oppo, the leading Chinese smartphone manufacturer has started rolling out invitations of launching its dual selfie camera smartphone in India. The company is said to introduce a “New Era of Selfie Expert” on the upcoming New Delhi launch event on March 23. 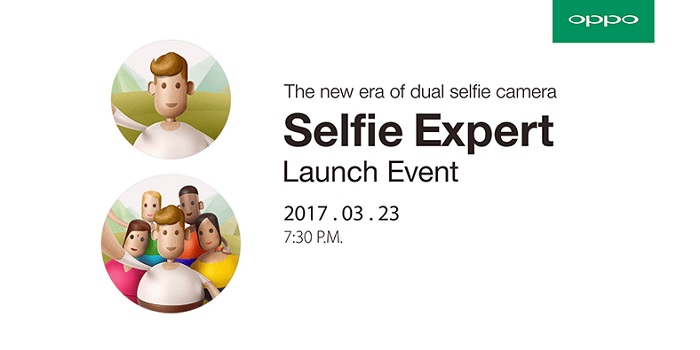 Oppo has not unveiled any details about the upcoming products, but according to some reports it may launch its Oppo F3 and Oppo F3 Plus smartphones, as these smartphones are currently being advertised in the Philippines along with a tagline ‘Selfie Expert’.

The media invitations rolled by Oppo features two circles along with a Selfie Expert tagline, both of the circles point the arrival of a dual selfie camera setup smartphone. Except this, nothing has been announced by the company till date.

Meanwhile, the company is advertising the same ‘Selfie Expert’ tagline in the Philippines, which additionally also bears Oppo F3 and Oppo F3 Plus smartphone names along with the ‘Dual Selfie Camera’ tagline.

As of now, it is difficult to presume which one of these smartphones are going to be introduced, or if both of them will be launched alongside each other. Further information is yet to be announced by the company as the launch date i.e., March 23 in India is near.

Oppo A9 Launched in India, Gets 4020mAh Battery and Dual Rear Camera
Views: 7413