Panasonic, the Japanese multinational electronics corporation, has launched two latest Eluga smartphones in India dubbed as the Eluga Ray Max and Eluga Ray X. The launched handsets are the first to come equipped with the company's new Arbo virtual assistant, which is being claimed to be intelligent and evolve with the user's usage patterns. Both these Panasonic mobiles have been launched today, at an official event in New Delhi. The Panasonic Eluga Ray Max has been launched in two storage variants - 32GB storage at Rs. 11,499 and 64GB storage at Rs. 12,499. This latest Panasonic smartphone is exclusive to Flipkart and will come in Gold, Metallic Silver, and Rose Gold color variants. Whereas, the Panasonic Eluga Ray X has been priced at Rs. 8,999, and will also be an exclusive product to Flipkart. 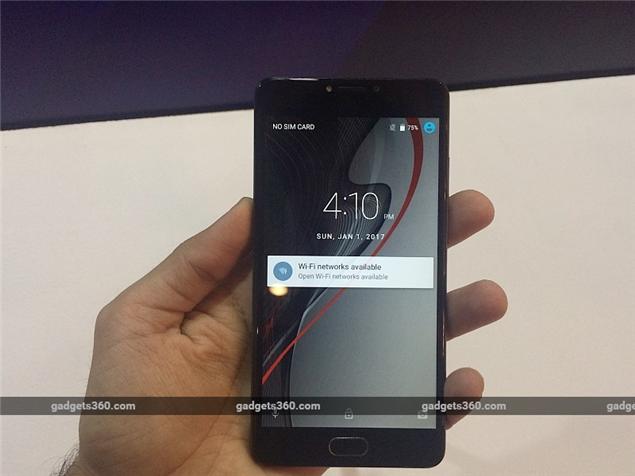 According to Panasonic, its Arbo virtual assistant is based on machine learning that provides intelligent usage suggestions to users. The name of this virtual assistant has been derived from Esperanto, which means a framework used to support climbing plants. The Arbo virtual assistant learns the user's behavior, with time and location, to provide profile-based suggestions like prompting Settings changes and highlighting commonly used apps. It also prompts Bluetooth pairing if users have previously paired their smartphones with a nearby device. The Panasonic has also clarified that these are early days for Arbo, and several new features can be added in 'Phase 2' - including making changes to third-party apps once permissions are granted. All that Arbo learns will be taken forward into future Panasonic smartphones that the user buys.

Now coming to the specifications of both the devices. Let's first move to Panasonic Eluga Ray Max, which is a dual-SIM smartphone that operates on Android 6.0 Marshmallow and comes with a 5.2-inch full-HD display with Corning Gorilla Glass 3 protection. The handset has been powered by a 1.4GHz octa-core Qualcomm Snapdragon (unspecified) SoC along with 4GB of RAM. This latest Panasonic Eluga Ray Max, on the camera front, sports a 16-megapixel rear camera with dual-LED flash, along with an 8-megapixel front-facing camera with a wide-angle lens and front flash. The phone has a fingerprint scanner embedded in the home button.

As mentioned above, the Eluga Ray Max comes with either 32GB or 64GB of inbuilt storage - and is expandable via microSD card (up to 128GB). Apart from 4G VoLTE, the handset also offers connectivity options like - Wi-Fi, Bluetooth, GPS/ A-GPS, FM radio with RDS, Micro-USB, and OTG support. It has been powered by a 3000mAh battery with support for Quick Charge 3.0 fast charging technology. The top smartphone sensors on board include an accelerometer, ambient light sensor, gyroscope, magnetometer, and proximity sensor.

The another launched handset, Panasonic Eluga Ray X, is also a dual-SIM smartphone that operates on Android 6.0 Marshmallow and sports a 5.5-inch HD (720x1280 pixels) IPS display. It has been powered by a 1.3GHz quad-core SoC coupled with 3GB of RAM. This latest Panasonic handset has been equipped with a fingerprint scanner on the home button. On the camera front, the Panasonic Eluga Ray X comes with a 13-megapixel rear camera with dual-LED flash and a 5-megapixel front-facing camera. The connectivity options include 4G VoLTE, Wi-Fi, Bluetooth, GPS/ A-GPS, FM radio with RDS, and Micro-USB with OTG support. The device has 32GB of inbuilt memory that's further expandable via microSD card (up to 64GB). The handset has been powered by a 4000mAh battery.

India’s contribution to global smartphone market might fall back to 9% (same as 2016)
Views: 5945

Indian Automobile Sector: Loss of Around ₹ 15,000 Crore due to Coronavirus Outbreak
Views: 7267