Samsung is now going to launch its Galaxy Folder 2 Android smartphone in the techno world soon. As the name shows, it is a Flip-Flop device which runs Android v6.0 Marshmallow. The handset is listed on company’s China website only, where it is expected to make its first move.

The upcoming GSM-handset is the successor of Galaxy Folder Smartphone, which was firstly launched last year. The pricing and availability details of the device have not been revealed yet, as it has just been listed on company’s China website. 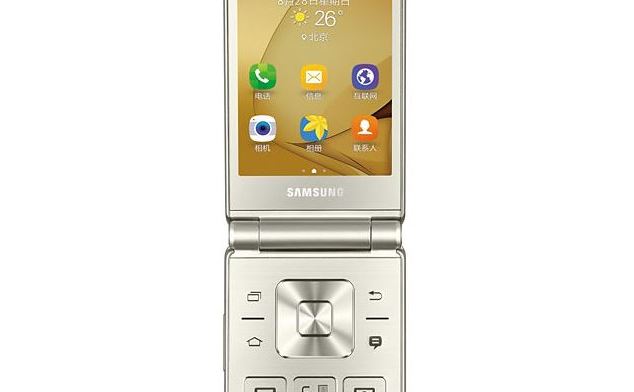 As per the specifications are considered, the smartphone is packed in a metallic body including a 3.8-inch WVGA display of resolution 480X800 pixels. The device is powered by a 1.4GHz quad-core Snapdragon 425 SoC coupled with 2GB RAM. A 16GB of inbuilt storage has been provided by the company which can be further expanded upto 128GB via microSD card.

The Flip-Flop device features an 8-megapixel rear camera with LED flash and f/1.9 Aperture. A 5-megapixel front shooter has also been provided with f/1.9 aperture for shooting selfies. Backed up by a 1950mAh battery, the handset is capable of providing a standby time of 318 hours of standby time.

Apart from these, the smartphone weighs 160 grams and includes GPS, 4G LTE, Wi-Fi 802.11 b/g/n and Bluetooth 4.2 as connectivity options.

Samsung is currently going through some unfortunate controversies after getting reports of Galaxy Note 7 explosions while charging. Samsung took some immediate actions by suspended the Worldwide sales and also announced exchange offers as well. The company reported that the main problem was in SDI battery which was placed in about 70% of Galaxy Note 7 devices.

Samsung, LG, Vivo, and Others Have Shut Its Smartphone Production in India
Views: 5204

Samsung Galaxy is all set to launch S20 series
Views: 4540

Look What New Samsung Galaxy Flagships Have For you!
Views: 6987

Samsung Galaxy Note 10 Lite is all set to trend in India
Views: 2661