The South Korean tech giant, Samsung is on a launching-spree in this session and intended to bring a slew of brand-new handsets to rule over the booming market of smartphones. After collecting a lot of applause by the inception of high-end mobile phones: Galaxy Alpha and Note 4, company has again come limelight due to its upcoming bevy of handsets. As yet, Sammobile has apprised that firm is working on two novel devices, called Galaxy E5 and Galaxy E7, which are labeled with model numbers: SM-E500F & SM-E700F respectively.

Talking about Galaxy E5, which has been said to be loaded with Google's latest Android 5.0 Lollipop operating system. Here, it will bear a 5-inch HD Super AMOLED display, but there is no word on pixel resolution. On imaging front, back panel of gadget will be fitted with 8-megapixel rear camera and it will include a selfie sensor of 5-megapixel.

Memory-wise, mobile will be loaded with 2GB RAM along with 16GB of internal storage. It will bestow a 2,300 mAh non-removable battery and will be power packed with a 1.2GHz Snapdragon 410 processor. Rest of the specs are its 6.9mm thickness and a weighing of 140g. 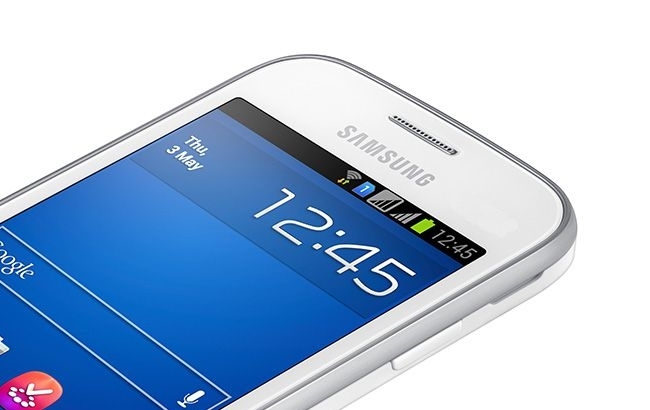 Digging out the specifications of Galaxy E7, then handheld will feature a 5.5-inch Super AMOLED HD display that will produce a pixel resolution of 1280×720p. Notably, device holds resemblance with its smaller sibling due to comprisal of identical processor, operating system and memory. Moreover, smartphone will be fueled by a 2,950mAh battery and it will hit the shelves of retail stores with its 151×77×7.2 mm dimension.

Apparently, the Conglomerate firm has recently shown off A-series smartphones: Galaxy A5 and A3, which are decked with metal bodies, so we could expect this attribute in forthcoming devices because internal hardwares are looking quite similar. Well, company is still tight-lipped about its both scions, but Galaxy E5 and Galaxy E7 expected to make their first glimpse in 2015.