Samsung might be trying to capitalize on the market of selfie smartphones. At this place, the tech giant is again in rumors due to its one more smartphone, Galaxy Grand Prime that is expected to be a new scion in self-focused lineup. Hither, it is worth to mention that the successor in firm's Grand series was previously named as SM-A500, which is speculated to be inaugurated with metal cladding just like Galaxy Alpha.

Notably, the company is now talk of the town after IFA 2014 because it is going to launch a raft of new handsets such as SM-A300, SM-A500 and SM-A700. As spotted by Vietnamese websites, Grand Prime will be commenced with the inclusion 5-megapixel front snapper that is an amelioration over its predecessors: Galaxy Grand 2. However, it has been also averred that device will be outfitted with an 8-megapixel rear camera alongside a 2600mAh battery. 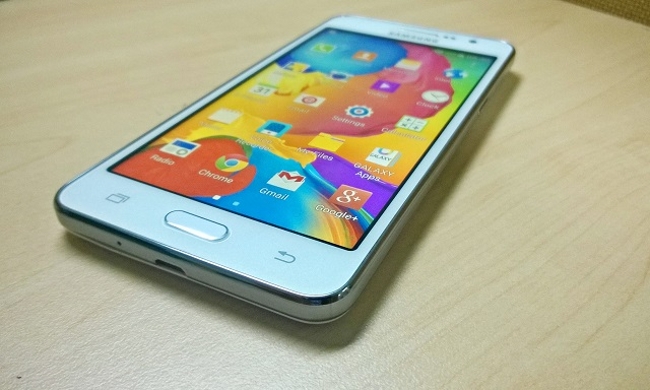 The device is envisaged to be unpacked with TouchWiz UI that will make it identical to Galaxy Note 4. The availability of some scrappy attributes like Ultra Power Saving Mode and hybrid card slot makes it a truly well-favored model. Articulately, this slot would be applicable for both microSD and nano-SIM cards. Additionally, the gadget will be paired with quad-core Snapdragon 400 SoC that will be clocked at 1.2GHz.

Meanwhile, the one more member in Samsung's upcoming A-series, SM-A300 is also hypothesized to be unlatched for selfie obsessed consumers, which has been leaked out a while ago. Conversing about the other specs of SM-A500, which might confer fingerprint and heart rate sensors along with Android 4.4.2 KitKat. 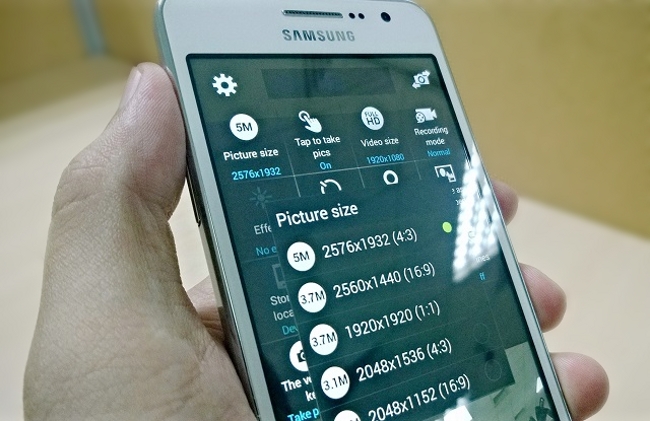 Moreover, it is purported to be arriving with 5-inch qHD display and 144x72x8.6mm dimension. Withal, the device is expected to make its first glimpse in October as a better adversary of HTC's forthcoming mobile, One M8 eye. In that respect, there are several big names in this segment like Sony Xperia C3 Dual and Nokia Lumia 730, which are ready to vying against Galaxy Grand Prime.