The South Korean smartphone maker Samsung has finally unwrapped its most awaited flagship product in its Galaxy lineup dubbed as Galaxy Note 7. The launching took place as a part of Galaxy Note 2016 event held in New York, London as well as in Rio de Janeiro. The company has decided to bring the smartphone in four different color variants namely Blue Coral, Gold Platinum, Silver Titanium and Black Onyx. No information has been given on the price cut nor on the region which would become the first ever market to see Samsung Galaxy Note 7, but yes as what the reports indicate, the product would get available from August 19 of this year.

One of the biggest highlight of the newly launched Android smartphone Galaxy Note 7 is its Iris scanner. One must recall that the same feature was earlier seen on Galaxy Tab Iris Tablet and now the new launching of Note 7 adds up another product too in the list. Having an S Pen Stylus is a must have thing for Samsung Note series smartphones and the company knows it well enough to bring a new and improved S Pen stylus with its latest flagship. Though the details aren't confirmed yet, but folks in the U.S region can purchase Note 7 via all major U.S carriers like AT&T, Sprint, T-Mobile, Verizon Wireless. Not just this, the pre-orders for the same begins right from today i.e, Wednesday. 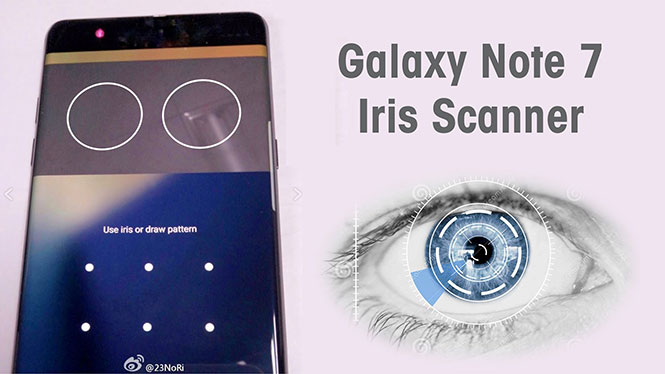 Galaxy Note 7 is an IP68 certified device that makes it both water as well as dust resistant. The presence of Knox security suite with biometric authentication in the GSM-handset allows it to include both the iris scanning feature as well as the fingerprint sensor. As an addition, the device also imbibes a new Secure Folder feature designed exclusively to keep the private information safe from prying eyes. This new feature is an upgrade to the Private Mode feature that was a part of earlier gadgets and with this upgradation, the company has enabled the users to not only hide confidential files but also applications they use.

Speaking about the launch, DJ Koh, President of Mobile Communications Business, Samsung Electronics, said, "The Galaxy Note 7 combines productivity and entertainment, with strong security features. Powering a robust ecosystem, it is the ideal device for those who want to achieve more in life. Life moves faster than ever now so we created the Galaxy Note 7 to help users get things done more easily wherever, whenever."

Samsung Galaxy Note 7 offers a 5.7-inch QHD Dual-edge Super AMOLED display that allows it to give a resolution of 1440x2560 pixels and an impressive pixel density of 518ppi along with an Always ON display functionality. Note 7 also becomes the first ever device to come featured with Corning Gorilla Glass 5 protection which got revealed quite recently. Under the hood, it comes power-packed with a 14nm octa-core processor out of which four cores are packed at 2.3GHz, while the remaining four gets clocked at 1.6GHz. The device offers 4GB RAM capacity alongside the 64GB of onboard storage that can be easily expanded up to 128GB of space using an external microSD card. 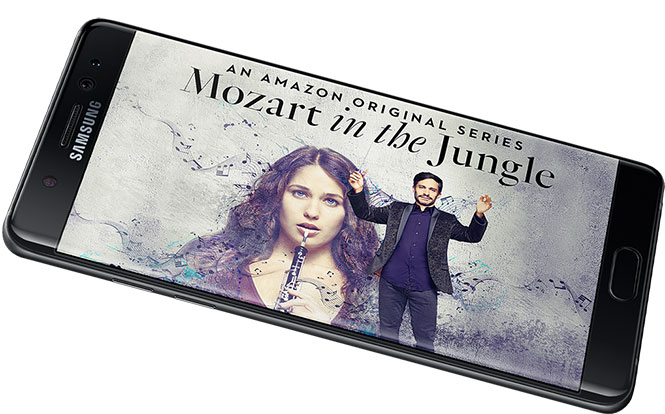 The new Galaxy series smartphone comes with a number of sensors including a barometer, gyroscope, proximity sensor, ambient light sensor, fingerprint sensor and geomagnetic support. Dimensionally, the device stands at a measurement of 153.5x73.9x7.9mm and carries a weight of 169 grams.

The device comes equipped with latest Android v6.0.1 Marshmallow OS and sports a 'Dual Pixel' 12-megapixel OIS (optical image stabilization) based camera with an aperture of f/1.7 and dual-LED flash. The dual-pixel technology permits the device to gain a sharp focus and simultaneously click images in good picture quality even in low-light conditions. The rear camera comes with the additional support of 5-megapixel camera on the front end that too boasts of having a f/1.7 aperture. 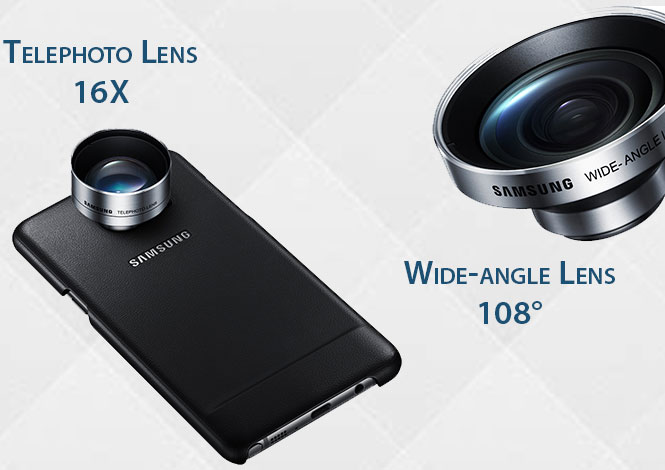 You May Also Like: Samsung New Phablet to Likely Get Unveiled on August 2

The company has clarified to include a number of accessories with the product at the launch that includes S View Standing Cover and an IP68 certified water resistant Backpack for on-the-go charging. The device can also be used with Gear 360 camera allowing it to capture, edit and share 360-degree images, videos etc with ease and will include a pre-defined set of Samsung apps. To make backups and transferring of content between devices an easy process, the users will also get 15GB of free space on the Samsung Cloud. 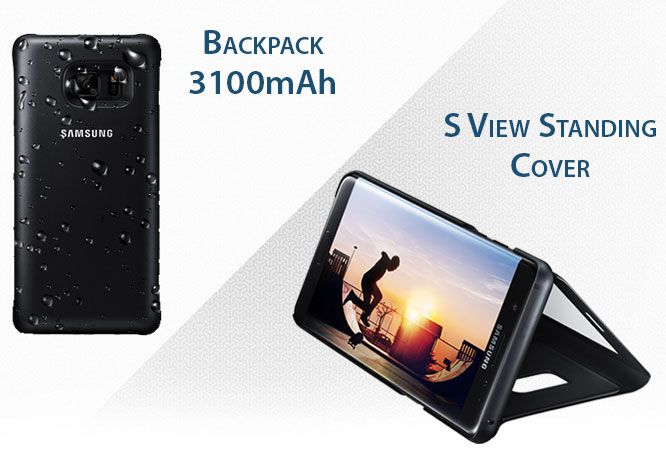 The new Galaxy Note 7 comes with a 3500mAh battery with fast charging support on both wired as well as the wireless connection which is compatible with both WPC and PMA. In terms of connectivity, the device offers support for Bluetooth, 4.2, Wi-Fi 802.11 a/b/g/n/ac (2.4/5GHz), GPS/ A-GPS, Glonass, 3G, and USB Type-C and though it also supports LTE and its categories but it surely can differ by markets and mobile operators. 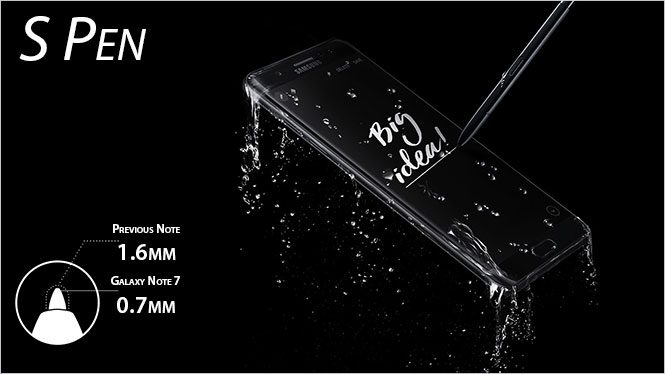 The smartphone also supports Samsung Pay system with both NFC and MST support and its iris technology can be utilized to authenticate purchases via Samsung Pay. It also includes a Game Pack available on Google Play and offers an S Pen stylus that comes with many new features like animated gif image creations using Smart Select and new Air Command function for easy magnification and translation. On the design front, the new S Pen comes with a tip which is 0.7mm smaller than its previous variant but with a better and improved pressure sensitivity as claimed by the company.

Read Along: Samsung Gear S3 Might Unveil at IFA 2016

Samsung, LG, Vivo, and Others Have Shut Its Smartphone Production in India
Views: 9845

Samsung Galaxy is all set to launch S20 series
Views: 6800

Look What New Samsung Galaxy Flagships Have For you!
Views: 18663

Samsung Galaxy Note 10 Lite is all set to trend in India
Views: 4893