Smartron t.phone With Quick Charging Support Gets Launched in India

Indian startup Smartron recently unveiled its first laptop -tablet hybrid in the country under the name Smartron t.book and now the company has launched its first smartphone under the moniker, the t.phone. The Android smartphone has been priced at Rs. 22,999, and will be available for purchase early June via Gadgets 360 and will also be made available on the company's official website i.e., the Smartron t.store. The registrations for the product are already open.

The Dual-SIM (Micro-SIM + Nano-SIM card) based Smartron t.phone operates on Android 6.0.1 Marshmallow OS and features a 5.5-inch full-HD Super AMOLED display giving a resolution of 1080x1920 pixels along with a pixel density of 401ppi pixel density and the display is further protected by Corning Gorilla Glass 3. The company is also claiming to include the Apical Assertive Display technology for improved sunlight legibility i.e., giving the user an easy way to recognize individual characters in the text. 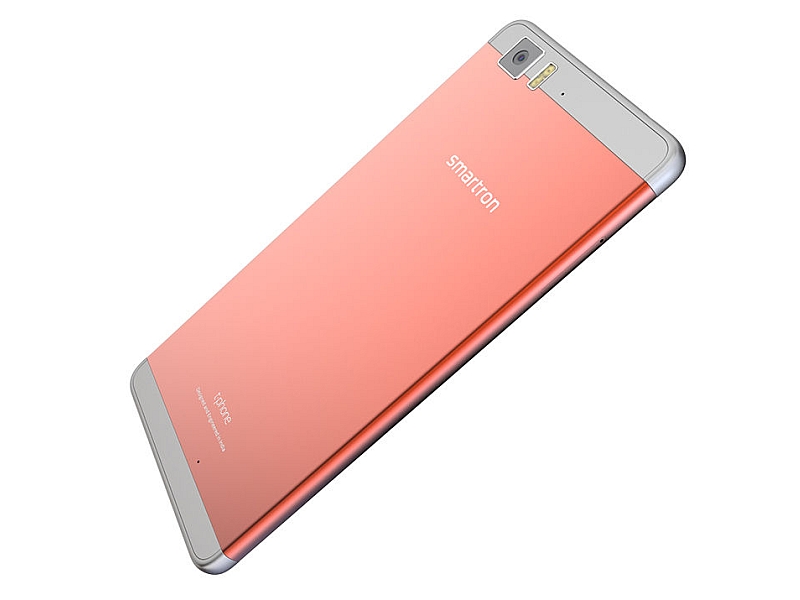 Under the hood, the GSM-based handset the t.phone is powered by an octa-core Qualcomm Snapdragon 810 v2.1 SoC coupled with 4GB of RAM. In terms of camera, it sports a 13-megapixel rear camera with an Isocell sensor and a dual-LED flash further sporting a 4-megapixel camera on the front side with 2-micron pixel size for better low-light performance. The handset further gives an internal storage capacity of 64GB which is expandable up to 128GB using a microSD card. Additionally, the users also get unlimited t.cloud online storage for easy access to their data on-the-go. The company is also touting the 'tronx' UI of the Smartron t.phone, which will give users access to services from the Smartron, such as the t.cloud, t.store, and t.care.

In terms of design the Smartron t.phone features a dual-tone metal body and as stated by the company is the lightest smartphone in its category carrying a weight of just 149 grams. The device is available in four color variants namely Classic Grey, Metallic Pink, Steel Blue, and Sunrise Orange. The smartphone is powered by a 3000mAh battery with Quick Charge 2.0 support alongside featuring a USB-Type C charger. Similar to every other Android smartphone, this new gadget too offers standard connectivity options, like Bluetooth, Wi-Fi and others including the 4G LTE support. 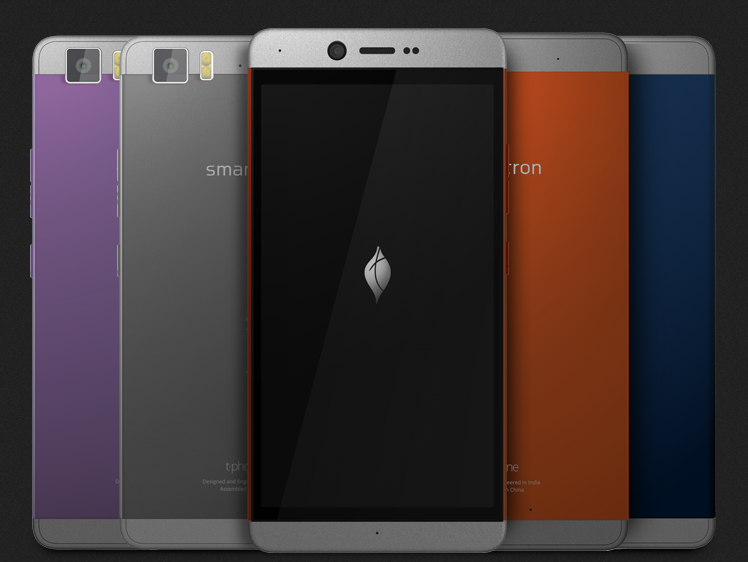 Speaking on the launch, Mahesh Lingareddy, Founder, and Chairman of Smartron, India Pvt Ltd, said, "Smartron t.phone is a great addition to strong generation of Smart Things to Come and critical to the tronx experience. It is one of the most exciting devices in the line of products that the brand plans to launch this year. The brand's vision is to make consumers' life simpler and smarter by bringing more autonomous and intelligent devices and services. With Smartron aiming to innovate in the sphere of IoT, we definitely have a lot to look forward to. Fully designed and engineered in India, the company will, over the next 2-3 years, move all of its manufacturing to be local."