With a surprise announcement, Sony introduced a new smartphone Sony Xperia T3 with mid ranged features. For this smartphone, company claims that it is the world's slimmest in its category. This phone resembles with Sony's flagship Z2 model. Company has claimed that this handset has been framed with a stainless steel body. This model is also in news due to the availability of 4G. But it has to be seen that whether 4G LTE network will be supported in India or not. 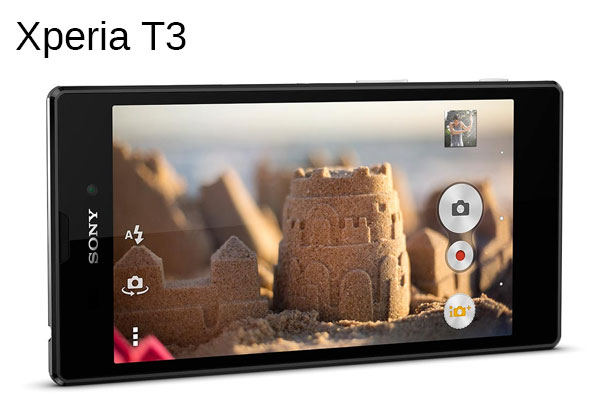 Talking about the internal details of this phone, it is given a 5.3 inch HD Triluminos display with 277ppi pixel density. 1.4 GHz quad-core Qualcomm Snapdragon processor is integrated with 1GB RAM for better performance. For capturing high quality snaps, it has been given 8 MP auto focus camera and a Sony Exmor RS sensor. For storage purpose, 8GB internal memory is offered which can be extended with external memory card slot (extended upto 32GB). 2500mAh battery is supported with this smartphone which is fully capable to deliver up to 13 hours of talk time and 688 hours of standby time. It runs on latest Android version i.e. Android 4.4 (Kitkat).

The Japanese handset maker has panned this handheld device to hit the market till the end of July month. But in concern to its price , no relevant announcement has been given by the company. Initially this mobile will be set for sale in three color options i.e. Black, White and Purple.