In order to bring diversity in the marketplace of cheap smartphones, Spice has launched an Android 4.4 KitKat based handset, called Xlife 404. Notably, official website of corporation suggests that mobile carries a price tag of Rs. 4,999 as its market companion Xlife 512. On the other hand, listing on an online retail website, Saholic has labeled it with a price tag of Rs. 3,499.

Besides all, if we will take a look at the specification catalog, then it seems safe to say that mobile maker has basically made an attempt to provide a smart substitute of feature phones to budget-conscious folks. Discussing the specs, gadget bears a 4-inch display with 800 x 480 pixel resolutions. 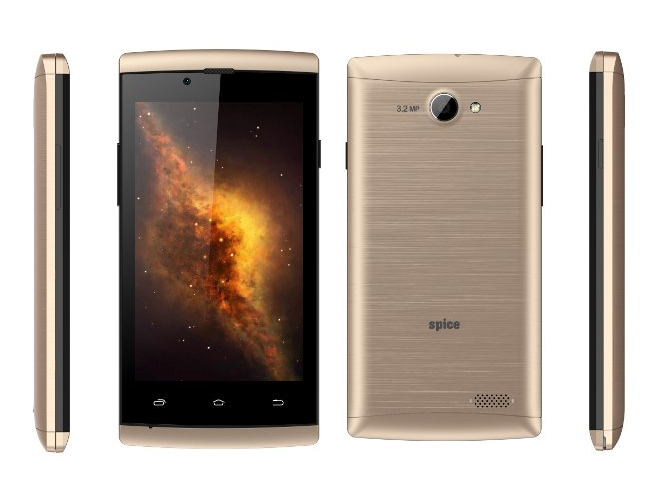 On camera front, it's outfitted with a 3.2-megapixels rear shooter with LED flash alongside a 1.3-megapixel selfie snapper. The connectivity options includes, 3G, Wi-Fi, Bluetooth, A-GPS and USB. Memory-wise, phone consists 256MB RAM along with 512MB of inbuilt storage, which is extendable up to 32GB by using a microSD card.

It is integrated with 1GHz Processor and Mali 400 MHz GPU, which have been boasted to offer butter like smoothness without sluggishness. Spice Xlife 404 is powered by 1450mAh battery, which gives standby time up to 180 hours and 7 hours of talk time. 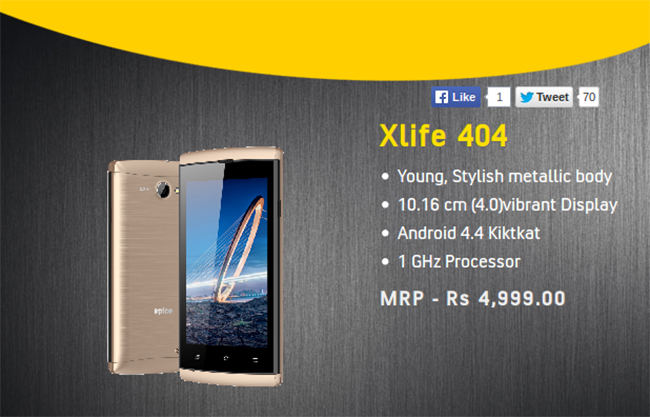