The South Korean Electronics Company: LG seems quite fervent to capture the booming tech space of India. After announcing its flexible handset: G Flex 2 and 4G LTE-enabled timepiece: LG Watch Urbane LTE for domestic marketplace, corporation has made yet another attempt to heat up this realm by bringing an elegantly-designed curved mobile phone: Spirit.

Notably, emergence of this smartphone on firm's Indian website is clearly suggesting about its arrival in native space. Discussing about LG Spirit, device has curved design and it bears a 4.7-inch In-cell Touch HD display that produces a pixel resolution of 1280 x 720p and pixel density of 312ppi. Featuring rear buttons for power and volume controls, phone do reminiscent of its predecessor: G3. 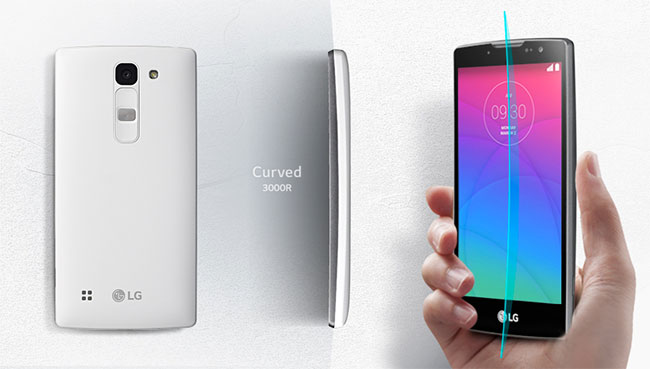 Appended with a Model Number: LG H-422, handset is power packed with a 1.3GHz Quad-Core CPU and fueled by a 2,100mAh removable battery. On software front, it is loaded with Android 5.0 Lollipop as well as assimilates KNOCK Code option for security purpose and QuickCircle Case feature to display six most-used apps for easier access.

On connectivity front, it bestows Wi-Fi 802.11 b/g/n, Bluetooth 4.0, A-GPS, USB 2.0 and 3G options. Talking about memory, LG Spirit is arrayed with 1GB RAM along with 8GB of inbuilt storage, which can be extended upto 32GB via a microSD card. Well, smartphone has been labeled with a price tag of Rs. 14,250, but tech giant is yet to confirm the availability details of this Dual SIM supported handset.