Recently, it has been announced that some of the latest smartphones from Samsung that are powered by Verizon, are going to receive an update. No, we are not talking about a technical or cosmetic update. It will be a security update that will be sent to the new models including Galaxy Note 5, Galaxy S6, Galaxy S6 edge along with Galaxy S6 edge +. Last month, Samsung had already declared about sending a security patch to its devices on a monthly basis. It appears like the brand is taking the stagefright threat quite seriously. 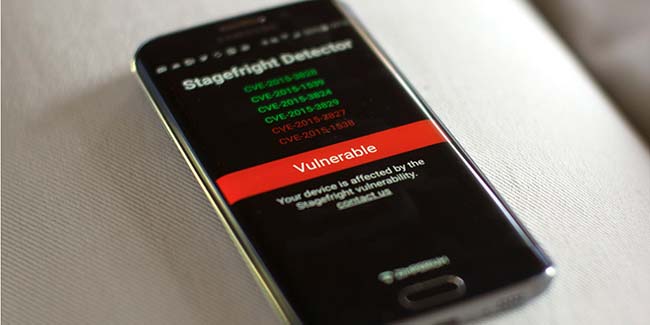 Although most of you, especially the gadget freaks, must be knowing about this bug, but those who don't, we'd like to inform you about the necessary detail. Stagefright is a bug that attacks android devices in possibly the most dangerous way. It sends an MMS to your device that will access camera, microphone and all the valuable personal information. The worst part is that this malware works even without that MMS getting opened and it gets deleted on its own.

All the Android devices available in the market today are vulnerable to this bug and hence a security update is immensely important to check its harmful effects. Samsung is one of the most popular and reputed brands when it comes to Android devices. With the help of this update, users will be able to save themselves from the ill-effects of Stagefright. If you own any Samsung model and haven't received the update yet, go to Settings> About Device>Software Update and avail this security patch.

Samsung, LG, Vivo, and Others Have Shut Its Smartphone Production in India
Views: 10753

Samsung Galaxy is all set to launch S20 series
Views: 7410

Look What New Samsung Galaxy Flagships Have For you!
Views: 20513

Samsung Galaxy Note 10 Lite is all set to trend in India
Views: 5491