In a surprising turn towards Google oriented operating System ‘Android’, Xiaomi a chinese multinational smartphone seller, launched its first Pure Android smartphone, Mi A1 at a launch event in Delhi. It is also assumed that the same company will announce its much talked about smartphone, a bezeless beauty we all know, MI Mix 2 in coming week. It was a shock in the industry as Xiaomi is famous for its own custom User Interface, MIUI which is designed very specifically and the company boasts about it.

This time Xiaomi dropped its own UI and has accepted world renowned Android OS for its MI A1. This new Xiaomi smartphone has been given tagline reading, “created by Xiaomi, powered by Google”. The tagline justifies itself with the pure stock android OS it is providing unlike other MI devices with MIUI.

Apart from the OS, other specification of MI A1 includes 12 MP+12MP rear dual camera setup with telephoto lens up to 2X Zoom and 5 MP Selfie focused Wide Angle lens shooter. Let us remind that, the same camera capabilities are also present in the much hyped iPhone 7 released earlier with equal proportions of features. 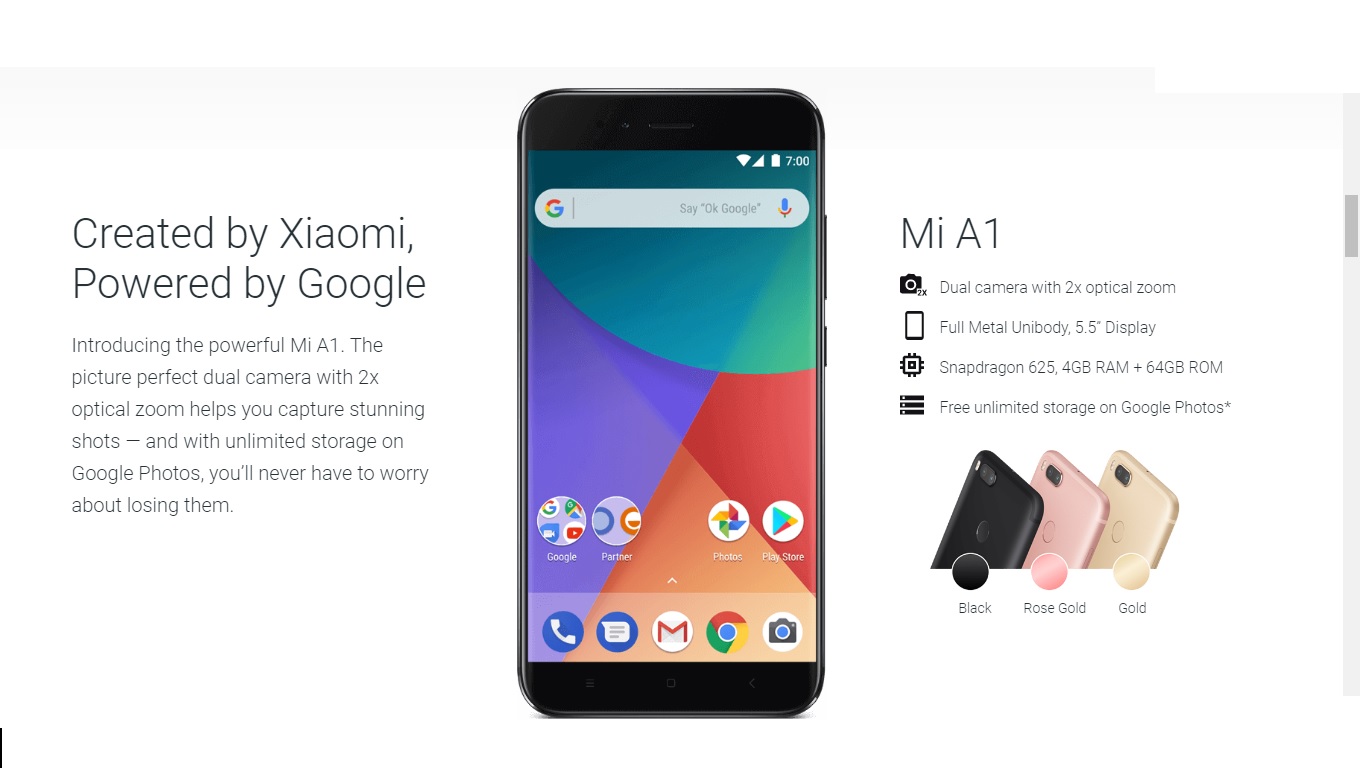 It also sports a 5.5-inch Full HD 1080p screen packed in a metal unibody giving a premium feel. The Xiaomi MI A1 is packed with the powerful Qualcomm Snapdragon 625 processor which is perfectly synchronized with the battery pack of 3080mAh for better battery performance. The Xiaomi Mi A1 will be available in 3 color variants i.e. Black, Gold and Rose Gold in which the Black and Gold will be available immediately and the Rose Gold version will be avaialble from the next month. 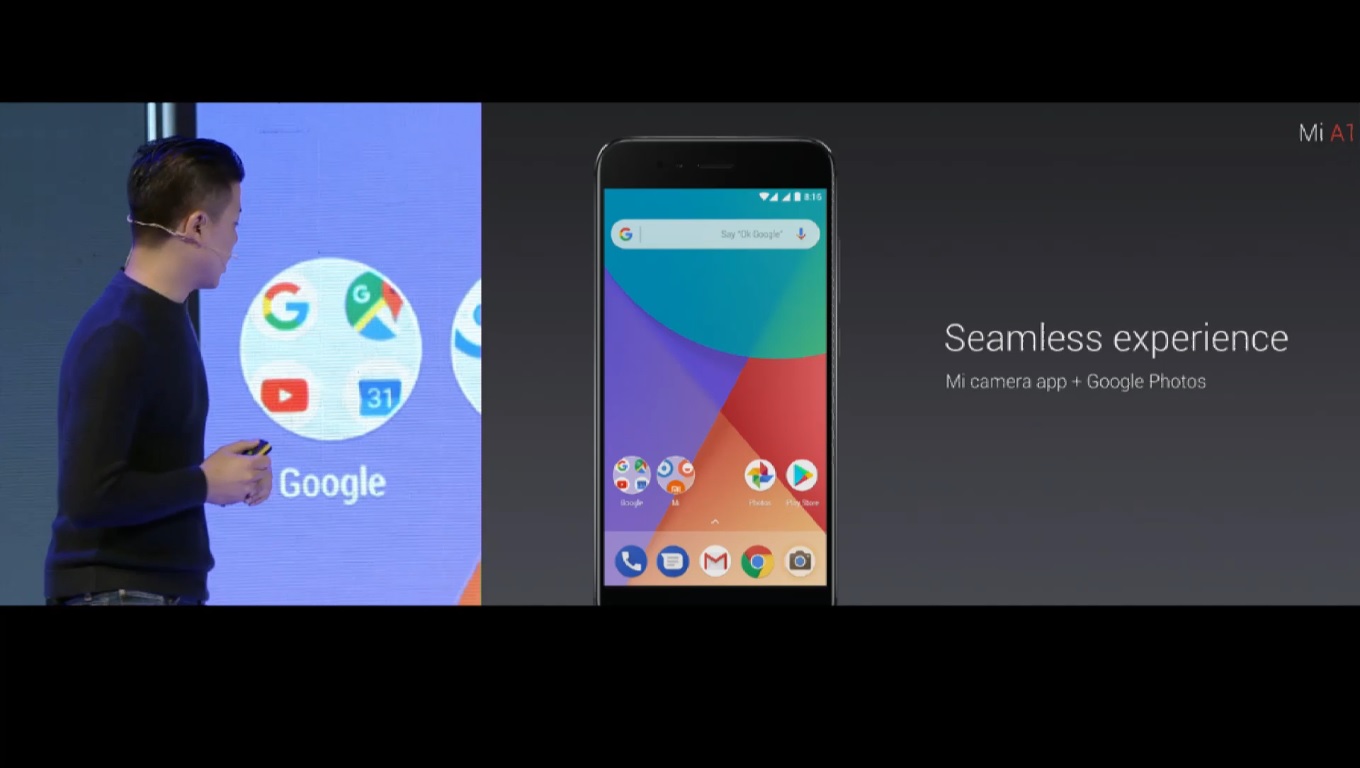 To charge the smartphone, Xiaomi is shipping with custom 380V charger along with it, in consideration with USB Type C port. Xiaomi claims that the MI A1 will continue to get latest updates on software with Android Oreo by the end of the year. It was also revealed by the Xiaomi that the MI A1 will one of the first smartphones who would be getting Android P, which is the next OS by Google. In the live launch event, Xiaomi also revealed the price of MI A1 fixed at INR 14,999 for the 4GB RAM and 64GB Variant. Absolutely stunning and complete in its own, This Smartphone from Xiaomi aka MI A1 will be available from 12th September on MI official website and Flipkart.

Things You Should Know About Xiaomi Redmi Note 9
Views: 13298